'Part of my son's innocence is gone,' she says
WLS
By Leah Hope, Eric Horng and Alexis McAdams 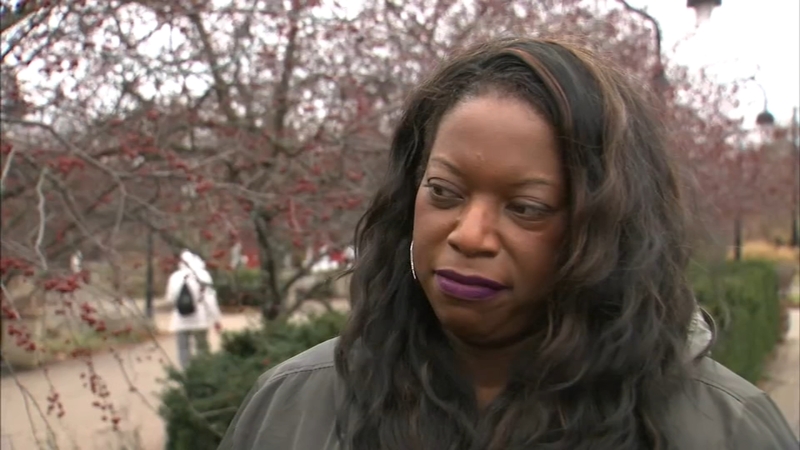 NAPERVILLE, Ill. (WLS) -- A woman who told ABC7 her son was the victim of a racist Craiglist ad in Naperville said she had "smothered" her son with kisses, told him he was perfect his whole life and taught him about his skin color. But with one post, all of that effort was wiped away.

"I'm hurt," Tamara Wallace said Thursday. "I'm hurt for the other child's parents. I'm hurt for my baby, most importantly, and I'm just hurt that part of my son's innocence is gone now."

The student posted the ad with a photograph of the victim and a caption that said "Slave for sale (Naperville)" and included a racial slur, the DuPage County State's Attorney's office has said. The student charged and the victim were teammates on the school's wrestling team.

"Racism has always been around," school parent Eric Stovall said. "But when we have people coming together and mixing in our communities, and you're not just stuck in your own ethnic group, it tends to show its ugly face a lot more."

"I feel like they (the school) might have taken it seriously but not seriously enough," Wallace said.

District 203 Superintendent Dan Bridges said the issue needs to be addressed, and Naperville and their schools strive to be better. He said they welcome everyone, no matter their race, but community members insist the district has to do more with the ongoing issue of racism in schools.

"We need to listen better, but we need them (the community) to be an important voice in talking to us and working with us to ensure that we're creating an educational system and a school district that values the dignity (and) uniqueness of each individual and makes every child feel (like) an important part of what we do every single day," Bridges said.

The city of Naperville hosted two meetings Thursday to help the community start discussions about race, diversity and tolerance.

Naperville School District 203 hosted a diversity and inclusion forum Thursday at Naperville City Hall with community members, teachers, staff, parents and students. The focus of the discussion was on an apparent uptick in racism in the west suburb.

"The dialogue that we will have today is a necessary step in helping our community heal," said Dr. Rakeda A. Leaks, executive director of diversity and inclusion for Naperville School District 203.

"I think it's very important to actually have these conversations," said Temeka Booker, parent of a Naperville student. "They're very, very hard conversations to have."

One of the main topics discussed Thursday was the apparent increasing presence of racial slurs in Naperville schools, especially elementary schools.

"Embrace all races in the school, talk about everything," Wallace said.

The meetings Thursday morning and night were planned prior to the reported incident at Naperville Central, and also came on the heels of an incident at Buffalo Wild Wings in October where a group of parents and kids said they were told to move tables because a customer didn't want to sit near black people.

A Naperville gas station employee was also fired earlier this year after a video showed him questioning Hispanic customers' citizenship.

People at the meetings pledged to keep talking and listening.