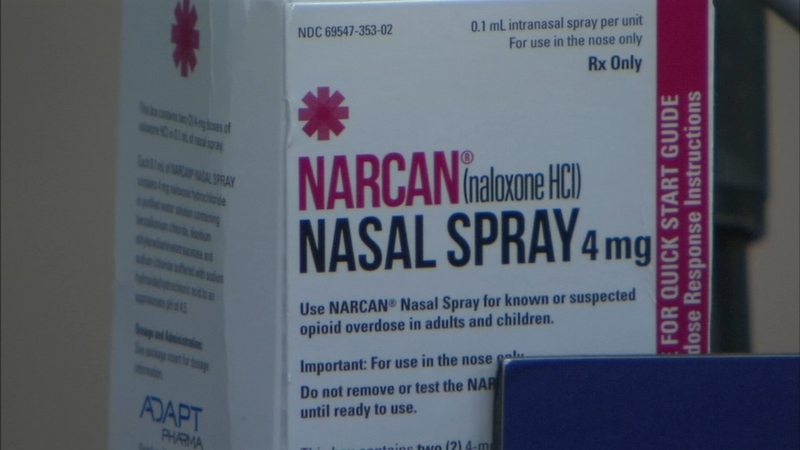 Advocates: Lives depend on getting Narcan into everyone's hands

COLORADO SPRINGS, Colo. -- The death of a teenage girl who overdosed on fentanyl while in class in Colorado Springs, is bringing new attention to a challenge many school districts are facing.

"You only need a tiny, tiny amount of fentanyl to be lethal, and it's something that is really hard, especially for young people to understand because it's not every time," said Stephanie Faren, Director of health services for Boulder Valley School District.

Boulder Valley School District is one of the first school districts to bring Narcan, a lifesaving medication that can reverse an overdose, into their schools.

"As soon as you give the Narcan, in an instant a person will start breathing again," Faren said.

According to statistics provided online by The Colorado Department of Public Health and Environment, the number of accidental overdose deaths is growing, KCNC reported.

In 2020 there were roughly 1,300 unintentional overdoses across the state in 540 of those - fentanyl was reported.

RELATED: Lives depend on getting heroin antidote Narcan into everyone's hands, advocates say

That alarming trend is prompting more school districts to focus on fentanyl when educating their students about substance abuse.

"In some ways, the way we prevent opioid overdose or marijuana, or fentanyl use is really the same across substances," Michel Holien said.

Holien is the manager of prevention services for Denver Public Schools (DPS), she was among a panel of experts speaking on the issue at MSU Denver.

She says DPS is considering bringing Narcan into their schools as well.

"We are looking into that and at this point, we are working on a policy that is currently in review with legal and so then the goal will be to move that forward and train our nurses and have it available in our schools," said Holein.

Faren hopes more schools will consider the program as well, to help protect their students and staff.

Boulder Valley is now one of six schools utilizing the state's bulk Narcan program, where they are able to access the medication for free.

Health agencies, law enforcement agencies, rec centers even some shopping centers and workplaces are eligible for the program as well.