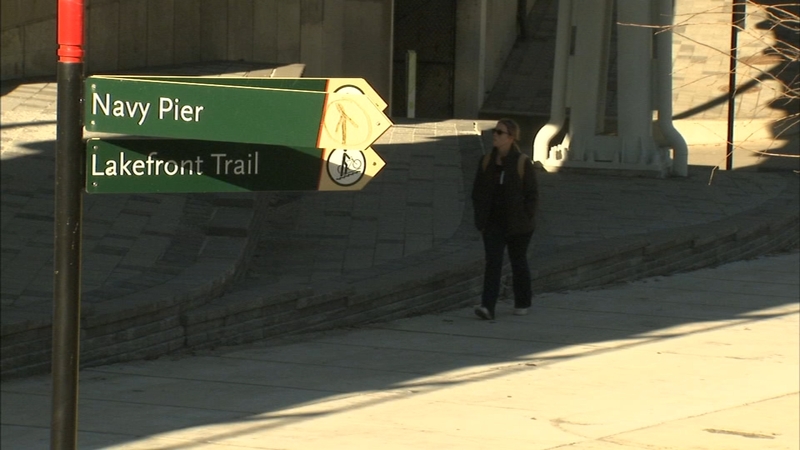 CHICAGO (WLS) -- An important section of the Navy Pier Flyover is officially open.

People can now use a concrete ramp that will take them from Ohio Street Beach up and over a dangerous intersection at Illinois and Grand. There are separated paths for runners and cyclists.

"We've reached a major milestone in the construction of the Navy Pier Flyover, connecting the two halves of the Lakefront Trail," Mayor Emanuel said Thursday. "The Lakefront Trail is one of Chicago's jewels, and this investment will create a seamless connection between the north and south sides of the Trail."

This has been one of the longest public projects in Chicago. Work started in 2014 and it's not done yet. Eventually, the plan is to build a continuous path that connects to the Chicago River.

"This is a great day for everyone in Chicago who spends time walking, jogging or biking along our beautiful lakefront," said Brendan Reilly, 42nd Ward alderman. "In addition to making the Lakefront Trail safer and easier for everyone to enjoy, the project offers a spectacular view of the lake."