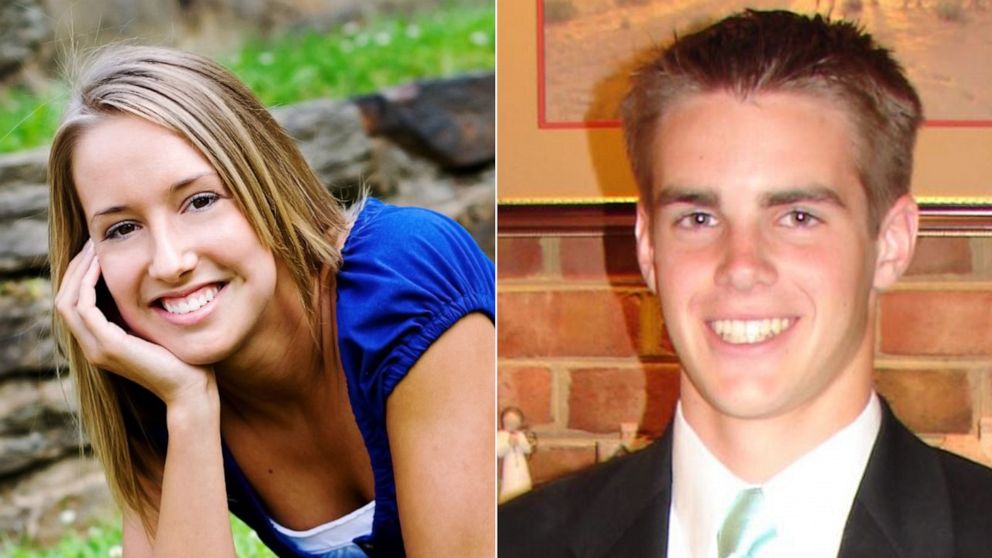 It's been 10 years since two Virginia Tech students were mysteriously shot and killed, and now the FBI is offering an increased reward in the hopes that it'll help solve the case.

The couple met in high school through their church youth group but didn't start dating until college, authorities said.

The teenagers were shot and killed in the Caldwell Fields parking lot of the Jefferson National Forest sometime between 8:25 p.m. and 10 p.m., police said.

A man walking his dogs found their bodies the next morning, police said.

No arrests have ever been made.

The FBI is now contributing $28,000, which increases the reward for the case to $100,000, David Archey, special agent in charge of the FBI Richmond field office, announced Friday.

"We have new leads still coming in that we are pursuing," Lt. Colonel Tim Lyon, director of the Virginia State Police Bureau of Criminal Investigation, said in a statement on Friday.

"We have specific individuals we are interested in," Lyon said, adding, "We have DNA, and are working to take advantage of 10 years-worth of technological and scientific advancements in DNA testing and criminal databases."

"But we still need the public's help to fit all of these pieces and parts together," Lyon said.

Heidi Childs, the fourth of eight children, was independent, smart and outgoing, her mother, Laura Childs, said at a news conference on Friday.

"Heidi grew into a beautiful young lady that loved and cared for her family, friends and those in need," Laura Childs said. "She loved her first year at [Virginia] Tech and decided she wanted to go into the medical field."

The 18-year-old was planning to meet with her adviser on Aug. 27 to change her major to pre-med, her mother said, overcome with emotion.

"David was my only son and my best male friend in the world," said Keith Metzler, David's father.

In an instant, the young couple's slaying dashed their "hopes, dreams and life," he said. "No hugs, no goodbyes. Parents heartbroken and siblings shocked, scared and distraught."

"There is someone out there who knows something," added David Metzler's mother, Susan Metzler. "We plead with you to come forward."

"You can clear your conscience," Keith Metzler said.

Virginia Tech spokesman Mark Owczarski told ABC News on Monday: "The university continues to hold Heidi, David, and their families in our hearts. Virginia Tech Police will remain engaged in the continuing investigation."

Lyon said, "Now's the chance to share whatever details, suspicions, odd behavior, and/or information anyone has in connection with these unsolved murders."