Bulls' Joakim Noah to have shoulder surgery, out 4-6 months 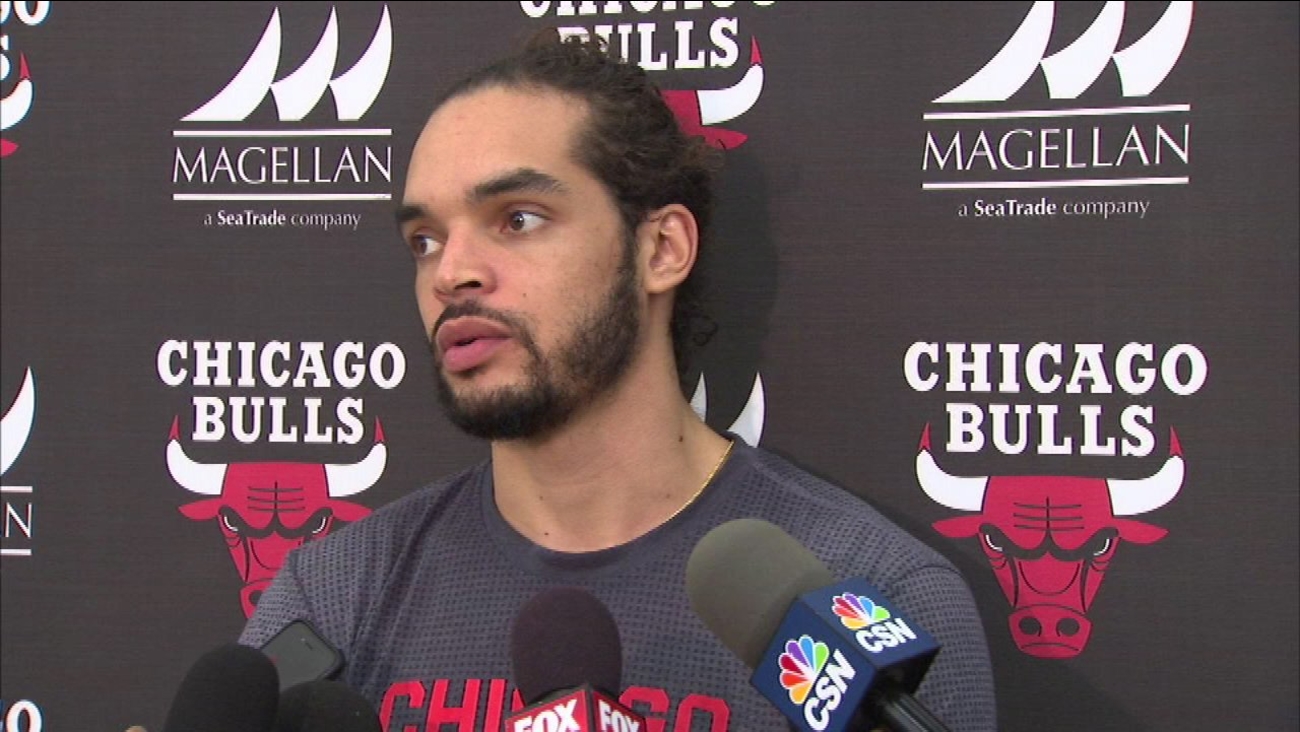 WLS
CHICAGO -- Bulls center Joakim Noah needs surgery to stabilize his ailing left shoulder and likely will miss the rest of the season.

The team said Saturday that the procedure will sideline Noah for four to six months. The details for the surgery and rehabilitation program have not been finalized.

Noah got hurt in the second quarter of Friday night's 83-77 loss to Dallas. He got tangled up with the Mavericks' JaVale McGee under the basket, yelled in pain while holding his dislocated shoulder, and immediately ran off the court and to the locker room.

Noah was in his fourth game back after returning from a nine-game absence because of an injury to the same shoulder.

The 2014 NBA Defensive Player of the Year is expected to have a full recovery, but his next appearance in an NBA uniform could be with another team. The 30-year-old Noah, who has spent his entire career in Chicago, is averaging 4.3 points and 8.8 rebounds in the final year of his contract.

He was selected by the Bulls out of Florida with the No. 9 pick in the 2007 draft and ranks among the franchise leaders in several categories.

Before the surgery was announced, the Bulls recalled forward Cristiano Felicio from the Canton Charge of the NBA Development League. Felicio has played in two games for the Bulls this season.