Movie about the Obamas' first date debuts at Sundance 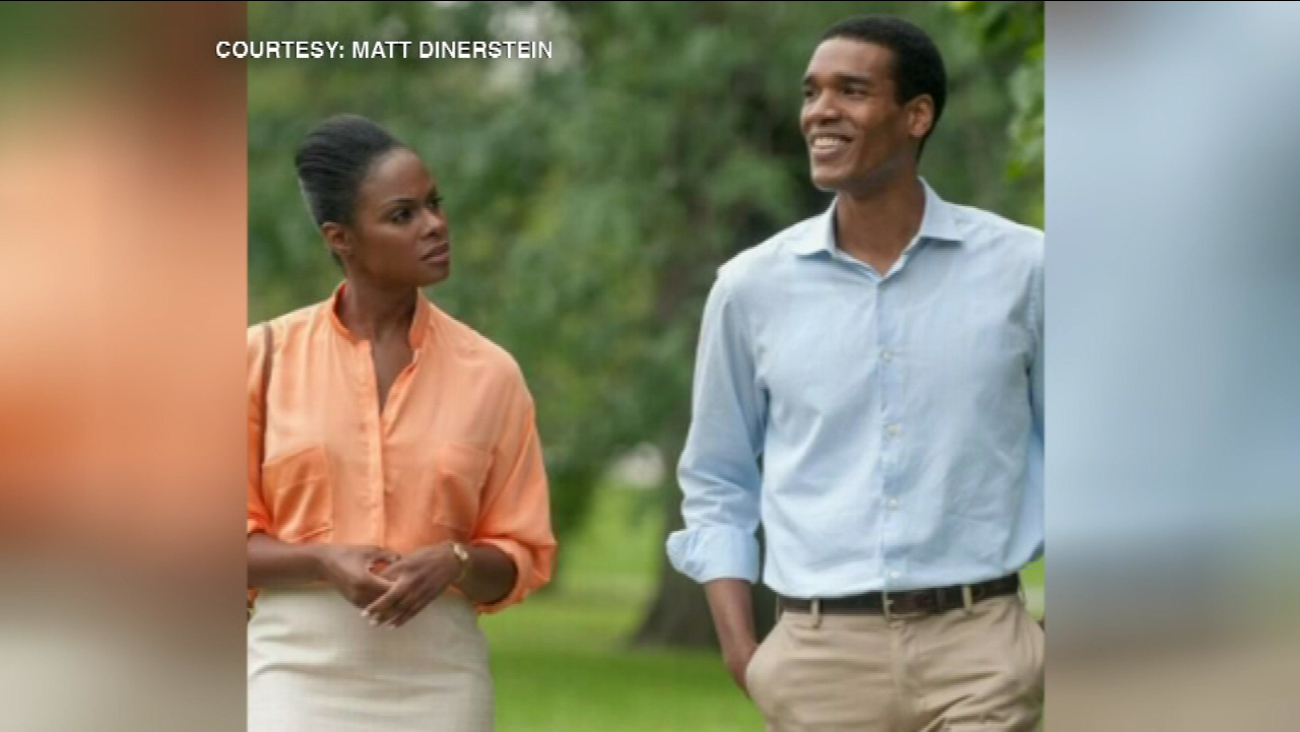 "Southside with You" tells the story of how the Barack Obama wooed Michelle on their first date in Chicago.

AP
PARK CITY, Utah -- It's the sweet, romantic story of a first date - albeit the fictionalized first date of the couple who currently occupy the White House.

"Southside With You," the feature film based on Barack Obama and Michelle Robinson's first date, debuted Sunday to a packed house at the Sundance Film Festival.

The movie tells the story of a single day in 1989 - the first day that summer associate, Harvard student Barack Obama (Parker Sawyers), spent with his adviser, Michelle Robinson (Tika Sumpter), a second-year associate with a Chicago corporate law firm. He believes he's on a date. She believes she's spending the day with a professional colleague. By the end of a day that moves from The Art Institute of Chicago to a picnic lunch to a community organizing meeting, sharing beers and the then-newly released Spike Lee film "Do the Right Thing," they're both on the same page.

Sawyer's portrayal of Obama brings to the screen the unmistakable cadence and quick smile of the man who would become president. Sumpter shows a young Michelle as confident and determined, caring and kind.

Director and screenwriter Richard Tanne says though the movie is fictionalized, he researched what actually happened on the date from news articles and books. He filled in the conversation - "there wasn't a note-taker on the date."

Sumpter, who also co-produced the film, said her aim was simple: "Ultimately, I wanted to see someone who looked like me falling in love up there and I think everybody can relate to that. ... It's not Republican, Democrat or anything else. It's just a love story."

Sumpter said she was intrigued by the concept of the film when she saw the synopsis.

"Just the perspective - not seeing these two as we see them now, but from before. ... It started because I was just inspired by the love story ... and I wanted to see that kind of love up there. It's not the normal rom-com. It's real conversations of what might have been said," she said.

The Obamas haven't yet seen the film, but Tanne said he's heard that they're aware of it.

"They're excited and they're also a little baffled by its existence," he said.