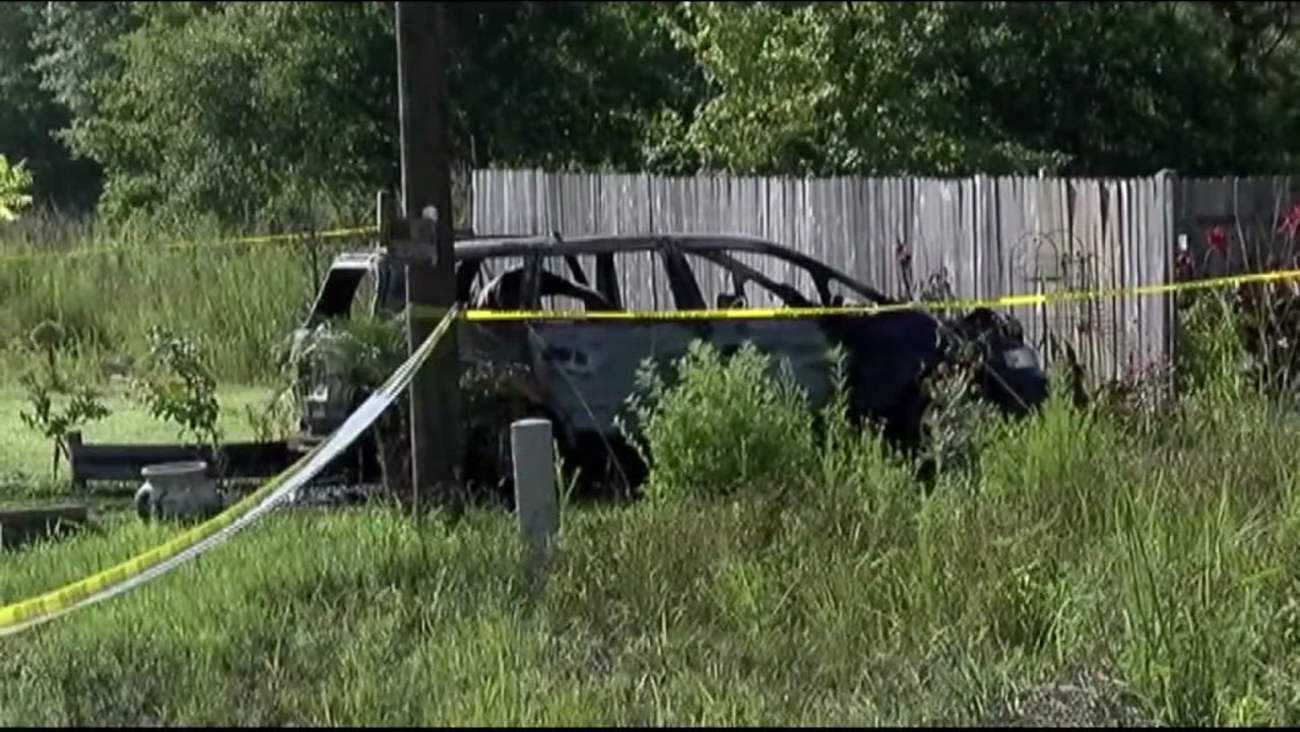 LIBERTY COUNTY, Texas -- A man is now charged with murder after a man was gunned down in Liberty County after police say there was a dispute over a weed eater.

Melvin Adalberto Morales'Rivas, 28, is accused of gunning down Vincente Rodriguez. Police say he turned himself in around 2:30am this morning after a warrant was issued for his arrest.

Police say Morales'Rivas and Rodriguez were neighbors and that the motive behind the alleged murder was a dispute about a weed eater that Rodriguez had that belonged to Morales'Rivas.

Police say Erwin Antonio Donis'Morales turned himself in on Sunday evening and said he was with Morales'Rivas when the murder happened. Donis'Morales, police say, brought his own .40-caliber semi-automatic pistol with him and turned it over to the investigators, saying this was the gun used in the shooting. Police say they took his statement and a warrant was then issued for Melvin Morales'Rivas.

At some point during his conversation with Rodriguez wife, the van suddenly burst into flames and when Vincente Rodriguez ran out of his home to extinguish the fire, police say Melvin Morales'Rivas came up to Rodriguez and began shooting him.

Police say Donis'Morales told them he thinks Morales'Rivas took his 40 caliber pistol from his car and used it to shoot Rodriguez. According to police, Donis'Morales told them both the vehicle fire and the shooting came as a total surprise to him as none of this was type reprisal was talked about or discussed prior to their arrival at the Rodriguez home.

Donis'Morales story and the recovery of the alleged murder weapon prompted police to secure a murder warrant.

Donis'Morales has been released without charges.

Police say when Morales'Rivas surrendered to police he refused to admit to the shooting and only said he wanted an attorney.

Melvin Morales'Rivas has been booked into the Liberty County jail and is now charged with murder. Also, because he has been deported one time from the United States and when he re-entered the U.S. is unknown, police say he also has a "hold" on him for Immigrations (ICE).

Police say the investigation is continuing and it will be determined at a later date if additional charges, such as arson, will be included.

Keep checking back on this page to get real-time updates as this story unfolds. To get alerts for breaking news, download the ABC-13 news app for iPhone or Android. You can also get breaking news alerts sent to you by email.