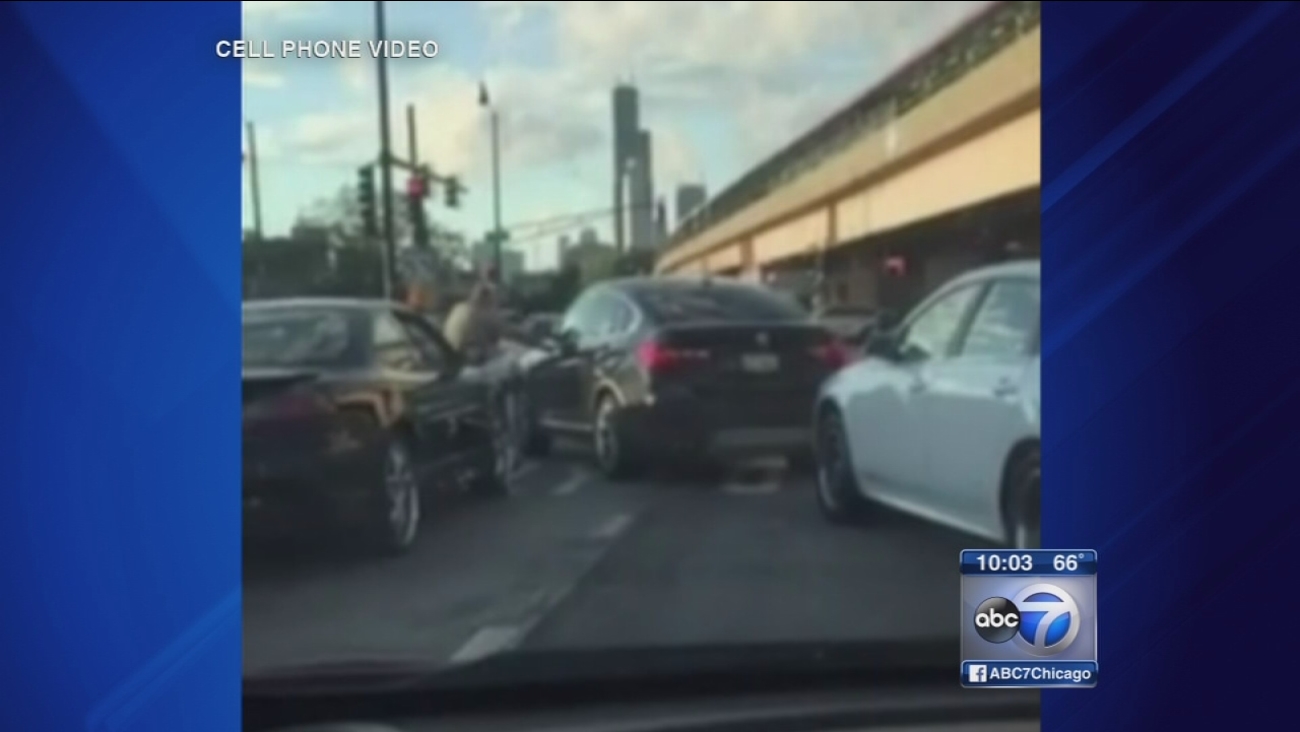 Illinois State Police were pursuing the black BMW SUV after it was reported stolen. (WLS)

CHICAGO (WLS) -- Charges have been filed Tuesday night in a shooting involving Illinois State Police in Chicago's Chinatown neighborhood over the weekend.

A trooper opened fire on a stolen car Saturday when officers said it tried to run them over. One of the four people in the car, a 15-year-old boy, was wounded.