Chicago students walk out for 'Say No to Trump' protest 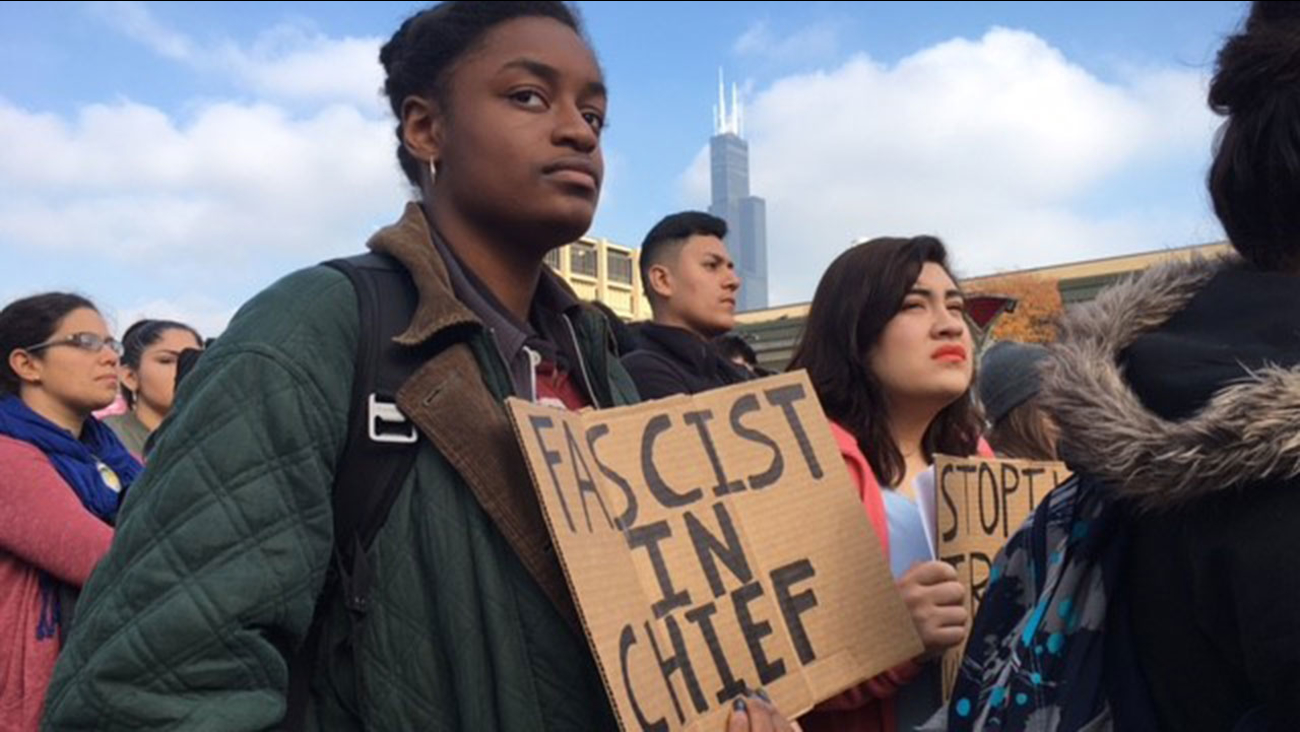 Students protested Tuesday afternoon at the University of Illinois-Chicago campus.

CHICAGO (WLS) -- Students at the University of Illinois at Chicago walked out of their classes Tuesday afternoon, protesting the election of Donald Trump as the next U.S. president.

About 200 students gathered at UIC to protest Trump's policies. The group also demanded he change his rhetoric toward women, LGBTQ Americans, Muslims and undocumented immigrants.

Students at the University of Chicago also walked out of class at 3 p.m. The walkouts are part of a nationwide "Say No to Trump" protest involving college students.

"Even though Trump is going to become President, we have to accept that, it is our responsibility to fight a lot of the campaign messages that he's been sending out, a lot of the xenophobia, racism, bigotry, as well as to show we don't accept a lot of that," said UIC student Zakaria Falouji.