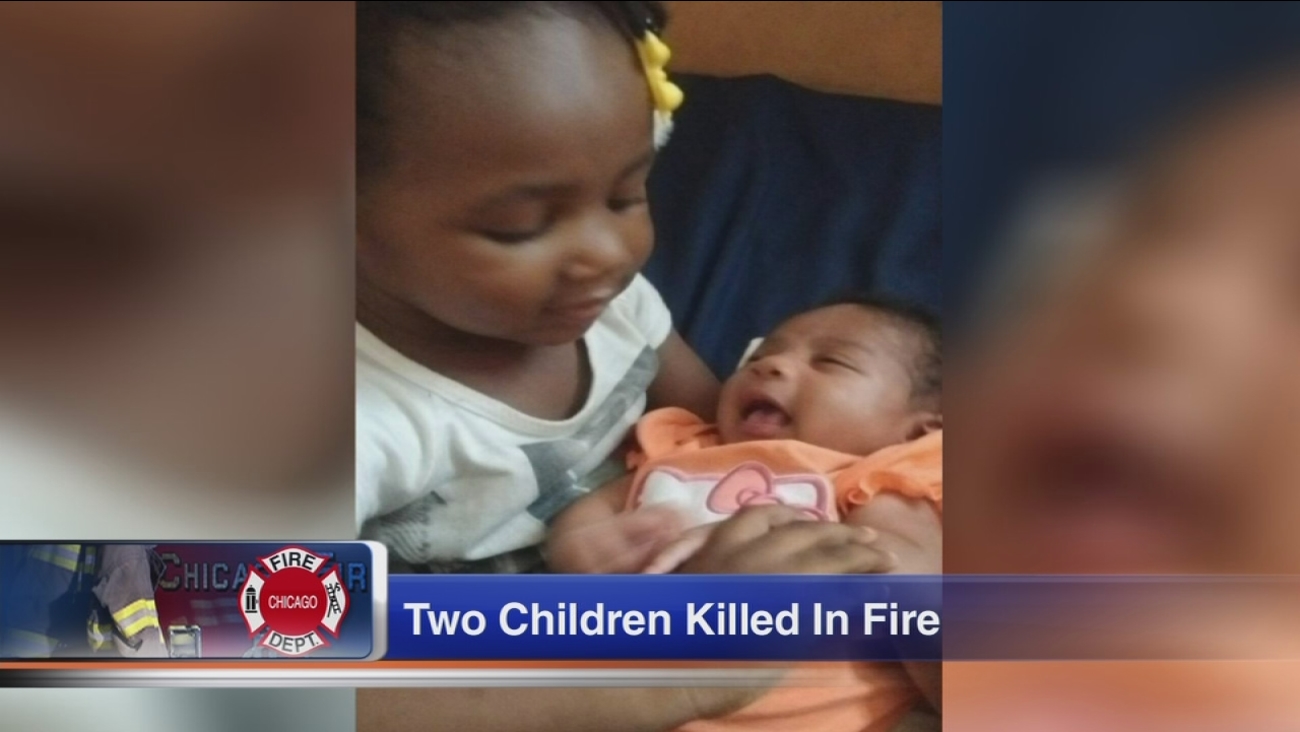 A 7-month-old girl and 2-year-old girl were killed and four people hospitalized, including another child, after a fire in the Woodlawn neighborhood Saturday night. (WLS)

CHICAGO (WLS) -- A 7-month-old girl and 2-year-old girl were killed and four people hospitalized, including another child, after a fire in Chicago's Woodlawn neighborhood Saturday night, the Chicago Fire Department said.

The fire occurred in the 6600-block of South Champlain Avenue at about 10:30 p.m., fire officials said. The two young girls were found dead in the basement. They have been identified to the Cook County Medical Examiner's Office as Jamaii Grace, 2, and Ziya Grace, 7 months.

An autopsy determined that the girls died from "carbon monoxide intoxication, inhalation of smoke and soot from an apartment fire." Their deaths were ruled accidental.

"When I came out of the house, it was smoke and flames from the basement window. My sister goes to school with a girl that lives down in there and I know there's kids in the house or whatever so by the time I got to the corner, two of the guys had already ran in there said the flames were so thick, there was nothing they could do to go back and get the kids," said neighbor Taneisha Grayson.

Fire officials called it a fast-spreading fire. One firefighter suffered minor injuries and was hospitalized.