WLS
By Eric Horng and John Garcia
CHICAGO (WLS) -- At least 11 people were killed and 37 others were wounded in shootings over Labor Day weekend in Chicago.

In the Back of the Yards neighborhood, a woman and man were shot while standing on the sidewalk Monday at 3:18 p.m., police said.

Crystal Meyers, who relatives said was 9 months pregnant, was shot in the stomach and leg in the 900-block of West 53rd Street and taken to Stroger Hospital where her condition was stabilized. Albert Moore was shot in the back and taken to Stroger Hospital in critical condition. Family said the couple was planning to move out of state once the baby was born.

Just 45 minutes later, a man was killed in a shooting in Back of the Yards while driving in the 4500-block of South Hermitage. He was taken to Stroger Hospital in critical condition and was later pronounced. The Cook County Medical Examiner identified him as 44-year-old Alberantano Medrano.

Chicago police said a 22-year-old man was found dead at 1:26 p.m. in the 4500-block of South Whipple. Police were not able to determine if the man was shot or suffered a knife wound to the chest.

An 80-year-old man was found with a gunshot wound to his face at a senior housing building in the 2800-block of East 77th Place in the South Shore neighborhood Monday morning. He was pronounced dead and his death is being investigated as a homicide. Police had one suspect in custody Monday night.

In another shooting Monday morning, one man was killed and another wounded in the 6800-block of South Emerald Street in the Englewood neighborhood at about 9:32 a.m., police said. The 24-year-old man, David Baldwin, was transported to Christ Hospital where he was pronounced dead and a 26-year-old was transported to Stroger Hospital with a graze wound to the head and a wound to his right thigh.

A SWAT team was called in to search a home in the area. Police were seen taking two people into custody.

"I have been out here since 8 o'clock, in the streets responding to homicides," said Valenti. "If this is how our day is starting, what the evening is going to be like."

Come nightfall, shootings continued throughout the city. In Ogden Park, two men, a 47-year-old and a 24-year-old were shot and killed, police said.

In Englewood at 58th and Peoria, a man between the ages of 18 and 25 was shot on the sidewalk from a shooter in a light-colored car at 6:45 p.m. He was taken to St. Bernard Hospital, where he later died, police said.

On Sunday, 17-year-old was shot several times in the back around 10:30 p.m. in the South Shore neighborhood. He was standing near 78th Street and Cornell Avenue when two men walked up and started shooting, police said.

The boy later died at the hospital. Police said he is a documented gang member.

Earlier Sunday evening, a man was shot to death in the Back of the Yards neighborhood on the South Side.

Officers responding at 6:07 p.m. to a call of a person shot in the 5200-block of South Sangamon Street found the 19-year-old man suffering from multiple gunshot wounds to the body. He was taken to Stroger Hospital, where he was pronounced dead, authorities said.

About an hour earlier, one man was killed and another was wounded in a South Side Englewood neighborhood shooting.

The two men, 27 and 45, were unloading boxes in an alley about 5:15 p.m. in the 6700-block of South Green Street when someone dressed in black walked up and fired shots, police said. The 45-year-old suffered multiple gunshot wounds to the torso and chest, while the younger man was shot in the chest, back and wrist. They were both taken to Christ Medical Center in Oak Lawn, where the older man, whose name has not been released, was pronounced dead, police said. The 27-year-old man was listed in serious condition.

During last year's Labor Day weekend, 8 people were wounded and 46 others wounded. This year to help combat the crime, Chicago Police Superintendent Eddie Johnson even went out on patrol.

A community activist group called the Black Star Project said their group has been holding anti-crime events all over the city this weekend.

It's in the wake of some awful statistics after Chicago saw 90 murders in August making it the most violent month since August 1996. 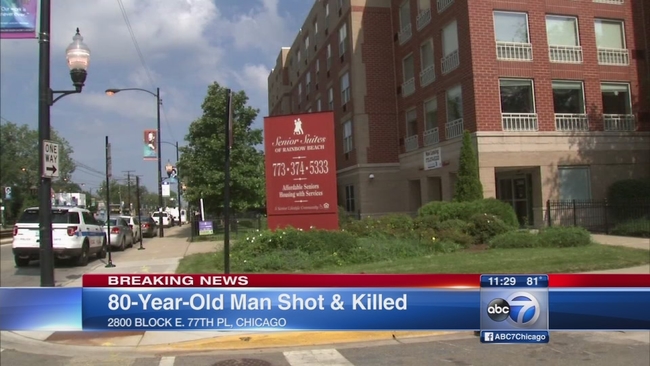 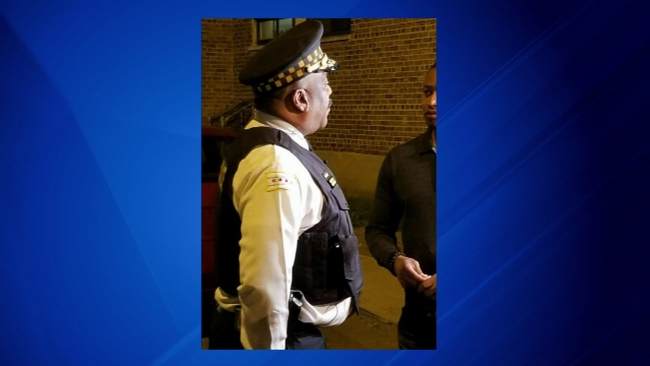 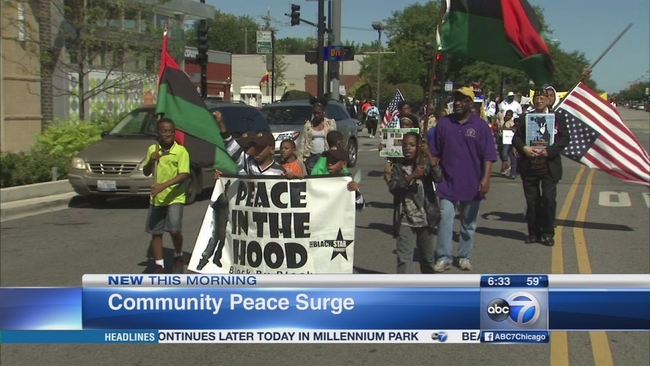