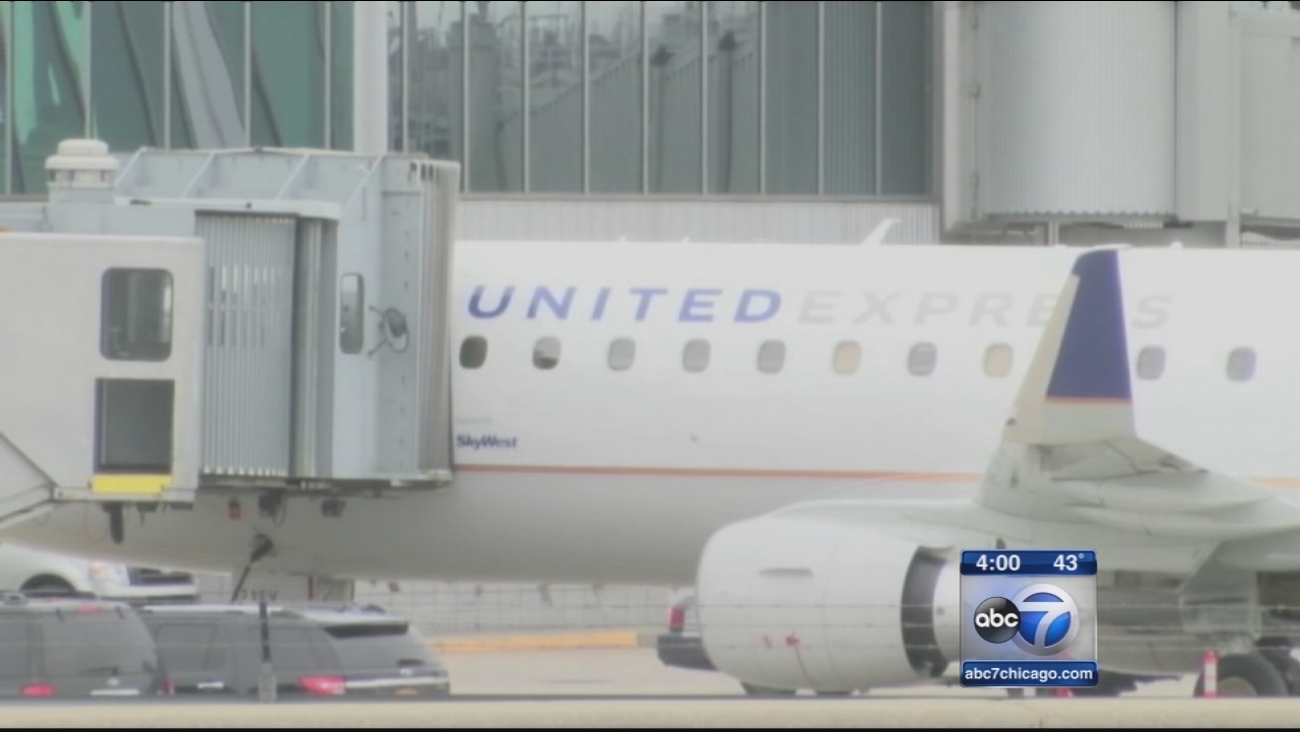 A United Express plane from Chicago to Connecticut made an emergency landing in Buffalo, New York, after three passengers lost consciousness. (WLS)

Pilots weren't sure what they were dealing with, but thought it could be a pressurization problem. Out of an abundance of caution, the pilots made a rapid decent, dropping 27,000 feet in eight minutes.

"Then things started to get a little more panicky. It seemed like there was some emergency that was happening that wasn't just because of medical, and they said there was a loss of cabin pressure. So, at that point, they asked up to tighten our seat belts and we basically nosedived until we leveled out at 10,000 feet. And that was pretty darn scary," said Vanessa Bergmann, a passenger.

Throughout the tense few minutes, the pilot sounded calm and collected as he went through routine questions during an emergency.

Paramedics met the Embraer E170, a United Express regional jet, in Buffalo, about 400 miles short of its scheduled destination in Hartford, Connecticut.

SkyWest officials said that all three passengers were evaluated by medical personnel at the airport and released.

SkyWest officials said the Embraer E170's oxygen masks did not release and there have been no indications of a pressurization problem or other issues with the aircraft.

The plane is being checked out as a precaution, and a new plane was brought in to take the passengers to Hartford.