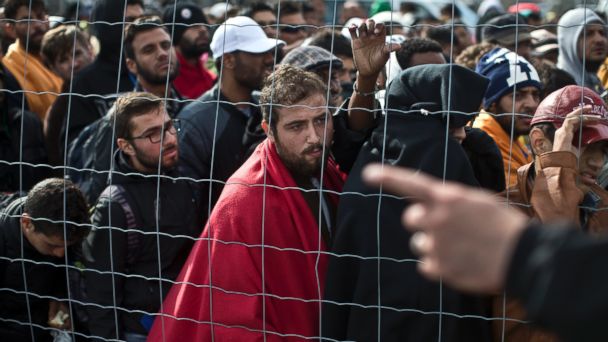 British Prime Minister David Cameron says the U.K. will re-settle up to 20,000 Syrian refugees from camps in Turkey, Jordan and Syria over the next five years.

The figure represents a vast expansion of Britain's refugee program, a change signaled by Cameron last week. He told Parliament Monday that Britain has a moral responsibility to act, citing shocking images in recent days. Cameron said vulnerable children and orphans will be given priority. New arrivals will be given five-year "humanitarian protection" visas upon arrival in Britain.

And French President Francois Hollande said his country will welcome 24,000 refugees. In a speech ahead of a wide-ranging press conference, the Socialist says taking in those fleeing war is a duty that France is ready to shoulder.

He said he and German Chancellor Angela Merkel had agreed upon a mechanism to distribute refugees across Europe.

The German government says it will spend 6 billion euros ($6.6 billion) next year to support the hundreds of thousands of migrants coming to Germany.

In a late night meeting lasting until early Monday in Berlin, Merkel's coalition government also agreed to introduce legal measures making it easier to deport-asylum seekers from countries considered "secure states" like Montenegro, Kosovo and Albania. Asylum-seekers will also get less cash in the future and more non-cash benefits. German officials recently predicted that up to 800,000 migrants will arrive by the end of the year, many of them refugees fleeing war and persecution in Syria, Iraq and Eritrea. The government's aid package will include improved housing, more federal police and language classes.

Meanwhile, Greece's migration minister says at least two-thirds of the estimated 15,000-18,000 refugees and economic migrants stranded in "miserable" conditions on the eastern Aegean island of Lesbos will be ferried to the mainland in the next five days.

Giannis Mouzalas told state ERT1 TV extra ferries were laid on Monday to transport the migrants, while some ships will serve as temporary screening and reception centers.

Lesbos bears the brunt of the refugee influx, with more than 1,000 arriving daily on frail boats from nearby Turkey. Most remain stuck there for days, sleeping outdoors until they can be identified, and then find berths on crowded ferries to the mainland.

Greece's caretaker government, appointed ahead of elections Sept. 20, has set the problem as its main priority, significantly improving its predecessors' stumbling efforts to deal with the influx.