State's Attorney Anita Alvarez responds to calls for her resignation 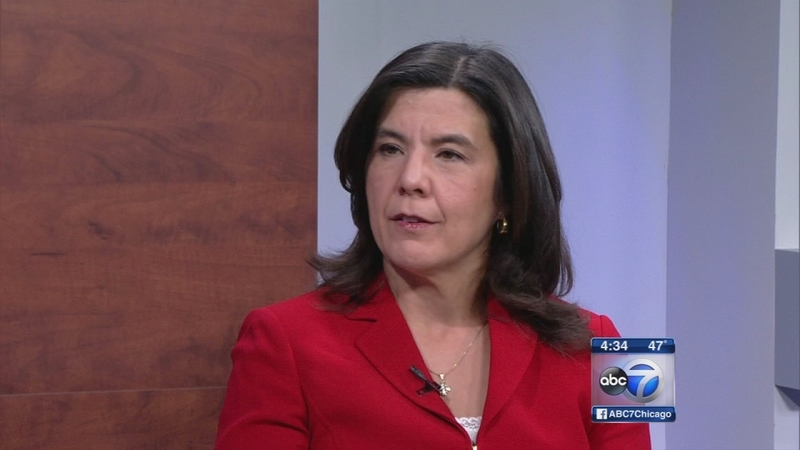 CHICAGO (WLS) -- In the days following the release of the video showing a Chicago police officer shooting Laquan McDonald 16 times, protests have targeted Cook County State's Attorney Anita Alvarez. She spoke to ABC7'S Alan Krashesky one-on-one as she faces the most challenging days of her career and political life.

"I have seen the protests. I understand. The first time I saw that video, it's horrific. It's outrageous," Alvarez said.

Alvarez says she was not pressured by anyone to delay bringing charges. But she was expecting and waiting for the U.S. Attorney's office to make their decision on the case, until a judge decided to release the video.

"I thought the best interest of this community, our city, and for public safety, that I should announce my decision before the video came out," Alvarez said.

Even though she says she actually made that decision to charge Officer Van Dyke earlier.

"I knew a while ago, prior to finding out the video was going to be released. I knew what my office was going to do. We knew what our decision was," Alvarez said.

And what about the other officers who were there when McDonald was shot. Could they face charges for backing up the claim that the teen lunged at an officer with a knife, which was clearly not seen on the video?

Krashesky: "I know you've said you won't resign. Do you stand by that?"
Alvarez: "Absolutely."
Krashesky: "Will you remain in the race for state's attorney?"
Alvarez: "Absolutely I'm going to stay in the race for state's attorney. Even though there are my political opponents asking for my resignation. I have hundreds of emails in my office and people stopping me on the street, asking me to keep going. That's exactly what I'm going to do."

You can watch the entire interview with Cook County State's Attorney Anita Alvarez on Newsviews, which airs on ABC7's Sunday morning news starting at 8 a.m.