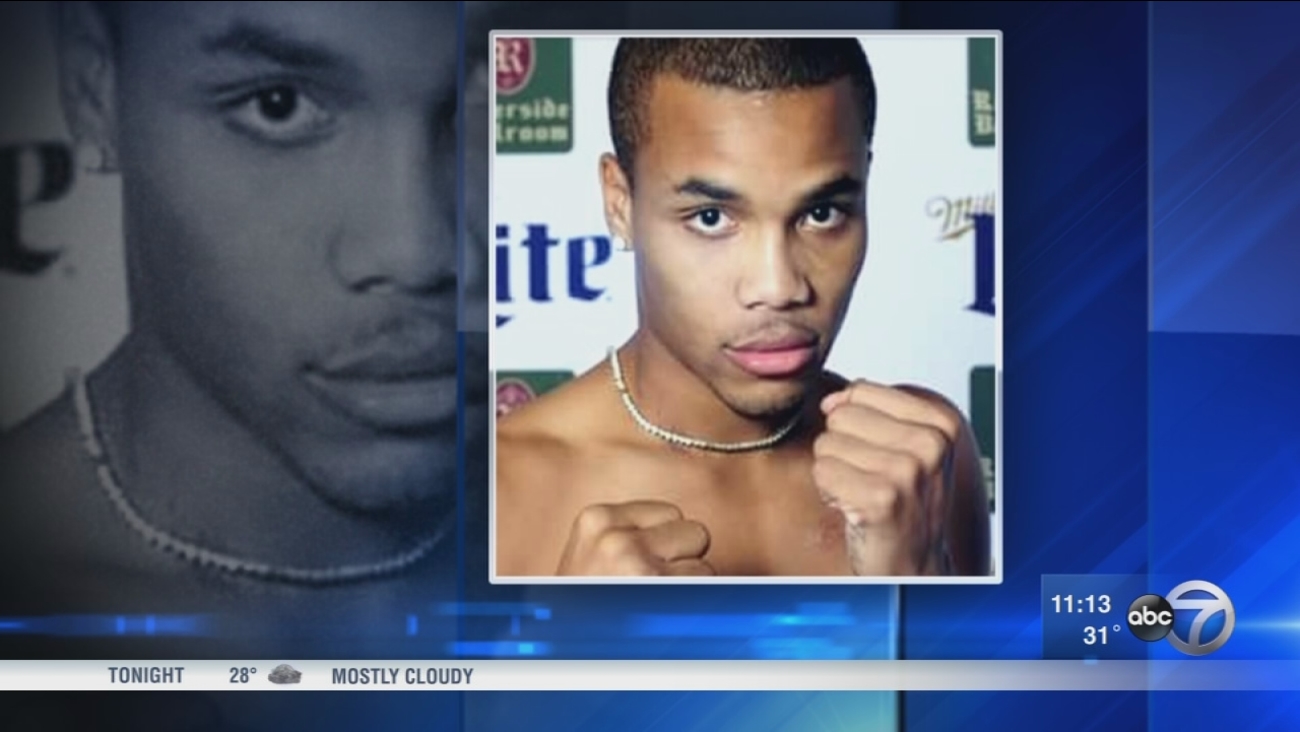 Boxer Ed Brown, 25, was in critical condition late Saturday after being shot in the head in the East Garfield Park neighborhood. (WLS)

CHICAGO (WLS) -- Chicago boxer Ed Brown, 25, died a day after he was shot in the head, his longtime coach confirmed Sunday afternoon.

Brown and a 19-year-old woman, who was also wounded and in good condition, were sitting in a parked vehicle about 1:10 a.m. in the 3200 block of West Warren Boulevard in the city's East Garfield Park neighborhood when a silver vehicle pulled up and someone inside shot at them, Chicago police said.

On Saturday, Brown was shot multiple times, including in the head, and the woman was struck in the left leg, police said. Both were taken to Mount Sinai Hospital.

His longtime sparring partner Adrian Granados was among those at his bedside.

And while Brown's loved ones acknowledged that his prospects for recovery were dim, they believed the fighter in him would prevail.

The family said Saturday that they were overwhelmed with grief.