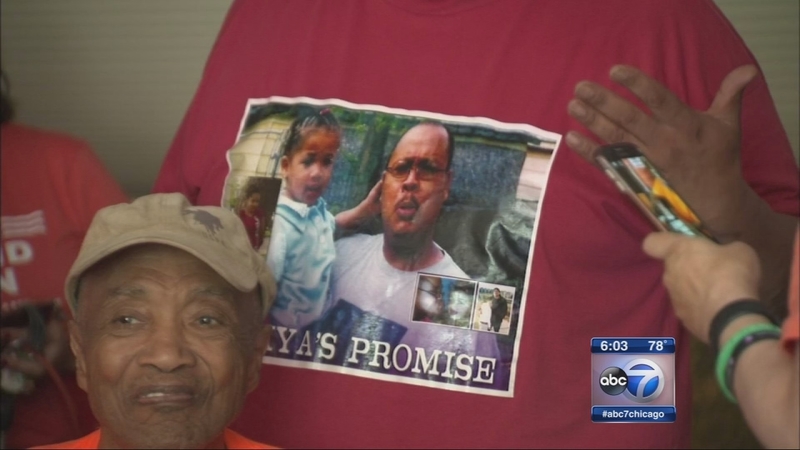 CHICAGO (WLS) -- It has been more than three years since 15-year-old King College Prep student Hadiya Pendleton was killed.

On Thursday, family and friends gathered for the second annual Wear Orange event in Hyde Park.

The event is a celebration of Hadiya's life and also a rally, with other victims of gun violence in attendance.

"This is a day to celebrate something about your loved one," said Cleopatra Cowley-Pendleton, Hadiya's mother. "Not the way they left."

The project Operation Orange Tree was started by some of Hadiya's friends and grown into a movement spread across the entire country.

Her face is on her father's shirt and her memory wrapped in every one of the orange ribbons tied around trees in Hyde Park.

On what would have been her 19th birthday, Hadiya Pendleton's legacy has grown so much larger than her own life.

"Hadiya started it," said her father Nate Pendleton. "Now I guess it is up to the entire country to finish."

At 15, Hadiya was gunned down in a South Side park after school just days after returning from performing at President Barack Obama's inauguration. Her murder was a flashpoint.

"Her death took Chicago by surprise and made us re-evaluate the way we were thinking about the gun violence problem," said friend Nza-Ari Khepra.

Hadiya Pendleton's friends deliberately chose orange as the color of the cause against gun violence.

"Orange is the color hunters wear when they go hunting to basically symbolize that they're not the target and so we use that we flipped it on its head to say we don't want to be the next victim of Chicago gun violence," said Nza-Ari Khepra.

With more than 1,500 shootings in the city so far this year, the survivor's families are hoping the campaign and celebration can get through to people pulling the triggers.