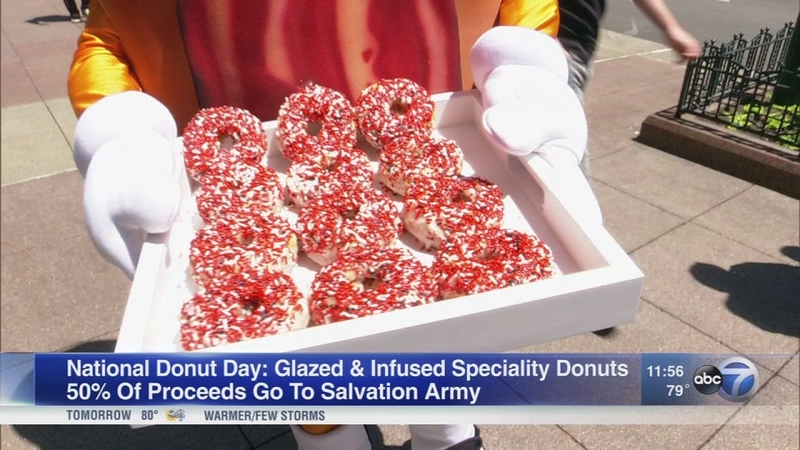 CHICAGO (WLS) -- The first Friday in June is one of the sweetest days of the year. It's National Doughnut Day. Many Chicago doughnut shops are offering free deals and discounts.

National Doughnut Day was started in 1938 in Chicago to honor The Salvation Army "Doughnut Lassies," who served the delicious treats to American soldiers on the front lines during World War 1.

The Salvation Army "Doughnut Lassies" are often credited with popularizing the sweet treat in the United States when the troops returned home from the war. The doughnut now serves as a symbol of the services and comfort The Salvation Army provides to more than 25 million people each year.

To celebrate, on Friday June 2 and Saturday June 3, 50% of the proceeds from specialty doughnut sold at Glazed & Infused will go back to the Salvation Army.

National Doughnut Day: Where to get free doughnuts
SALVATION ARMY