Sister of alleged victim speaks out before Dennis Hastert sentencing 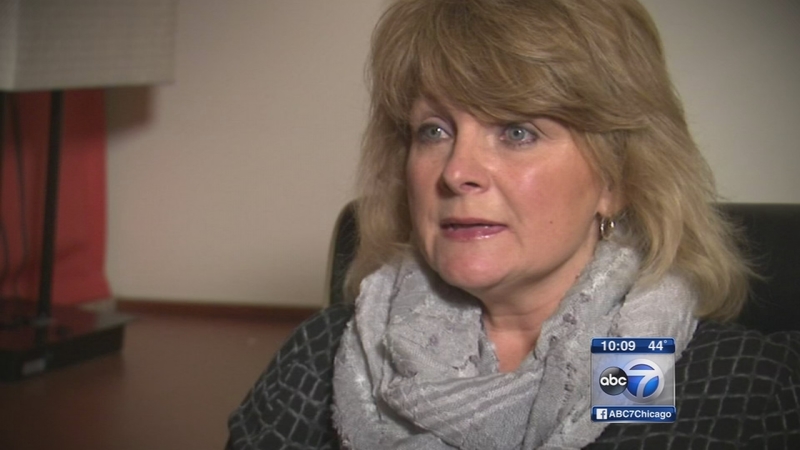 CHICAGO (WLS) -- A woman who says former Speaker of the House Dennis Hastert sexually abused her brother will testify Wednesday during Hastert's sentencing.

On Tuesday night, she spoke to Eyewitness News about what she plans to tell the judge and what she wants to hear from the once-powerful politician.
EMBED More News Videos

The sister of one of Dennis Hastert's alleged victims is speaking out the night before his sentencing.

Jolene Burdge says she wants to hear an admission of guilt and an apology from Hastert, who has remained silent about the past he tried to keep secret.

"Ultimately, I wish he would just come clean," Burdge said.

In the morning, Burdge will come face-to-face with the man who she says molested her brother and then went on to be two heartbeats away from the presidency.

"He just needs to say, 'Yes, this is true. I sexually molested these boys, touched them inappropriately. I acknowledge I gave them some lifelong issues and I'm responsible for that,'" Burdge said.

In the late 60s, Burdge's brother Stephen Reinboldt was the manager of the Yorkville High School wrestling team Dennis Hastert coached. Reinboldt died two decades ago. At his wake, his sister told Hastert she knew his secret.

Burdge: "He has been with me this whole time. He has walked with me through 20 years of this, so he's with me."
Bradley: "He's the reason you never gave up on exposing this?"
Burdge: "Yeah, yeah."

Hastert's downfall began when the feds uncovered he was paying another of his former Yorkville students $3.5 million in hush money.

The former House Speaker pled guilty to banking charges, and admits it was part of scheme to cover up misconduct.

A total of four men have described to prosecutors massages and sexual contact with the man then known as "Coach Hastert." At least one will testify Wednesday, along with Burdge.

Burdge is frustrated that the statute of limitations prevents Hastert from being prosecuted for abuse, but she's hoping he'll take responsibility for more than mere banking violations.

"I feel good about it, I'm feel ready, you know, for him to have to face his consequences and to face what he's done," Burdge said.

Burdge last saw Dennis Hastert 20 years ago. It was at her brother's funeral. She told him then she would work to expose Hastert as a man who molested boys decades ago, including, she says, her brother Stephen.

"I think it took away a lot from Steve. I don't think he was able to have the life and have the dreams and feel capable of reaching them that I know he had," Burdge said.

In an exclusive interview with ABC News' Brian Ross, Burdge says seeing the former Speaker of the House in court will be cathartic.

"That was hard knowing that, at that time, it probably would never come out, it was somebody no one would believe. So that's the main thing too, is that now it's believed. There's nothing like people believing you after 36 years of I guess feeling that people would absolutely think you're crazy," Burdge said.

At his sentencing, Burdge wonders if Hastert will actually admit to the sexual wrongdoing.

"Right now, he's saying that he's sorry for his misconduct but he refuses to say the words of what that misconduct was, which was sexual molestation. There wouldn't have been any structuring, there wouldn't have been any lying to the FBI if he wasn't trying to cover up sexual abuse. He still seems to have a hard time saying those words," Burdge said.

Hastert's plea agreement with prosecutors calls for a six-month sentence. But the judge has discretion to go higher and sentence him to up to five years, or lower, down to probation. And judges do consider whether a defendant admits to wrongdoing and expresses remorse.

Eyewitness News will have complete coverage of Dennis Hastert's sentencing Wednesday as soon as the sentence is announced.