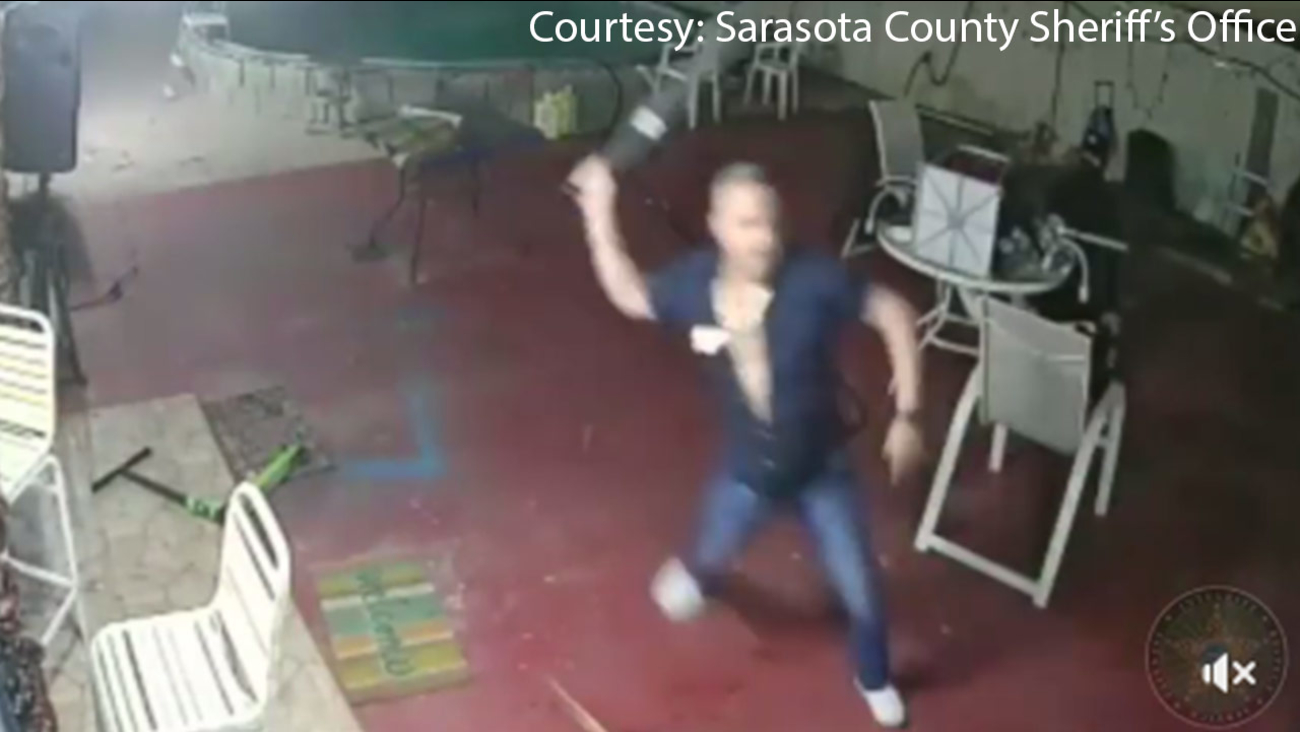 SARASOTA COUNTY, Fla. (WLS) -- A man in Sarasota County, Florida fought off would-be robbers with a machete, and the incident was captured by a surveillance camera.

At about 4:45 a.m. Thursday, police received a report of a suspicious person armed with a rifle at a home in the 2100-block of Dodge Avenue in Sarasota. Police arrived and discovered the victim had disarmed the suspect and was holding the suspect for police.

Police said surveillance video captured the entire incident, showing the suspects enter the home armed with a shotgun, machete and crowbar. The suspects attempted to rob the victim, but were seen fleeing while the victim armed himself with a machete.