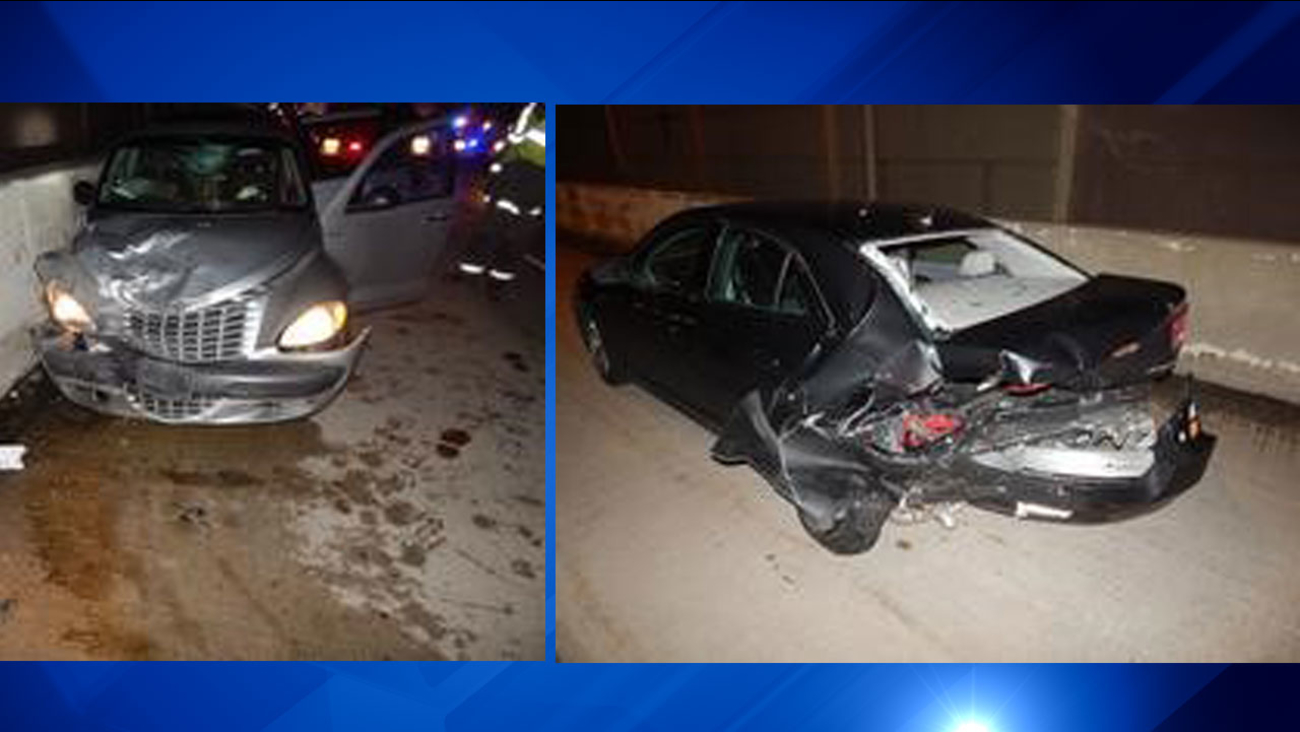 A 2001 Chrysler PT Cruiser (left) crashed into the back of a 2015 Chevrolet Malibu (right) on I-80/94 in northwest Indiana Wednesday evening. (Indiana State Police)

At about 10 p.m. Wednesday, Rebecca Navarro was driving eastbound in a 2001 Chrysler PT Cruiser near the Burr Street exit in Gary when a semi truck swerved in front of her to avoid hitting a 2015 Chevrolet Malibu.

Navarro, who was not wearing a seat belt, then hit the back of the Malibu. She was hospitalized, but later died from her injuries.

Indiana State Police said alcohol is believed to have been a factor in the crash.

The Malibu was driven by a 27-year-old Hobart, Ind., man. He was driving slower than the posted 55 mile-per-hour speed limit, with his emergency hazard lights on, because of a flat tire when he was hit in the rear, state police said.

The man's seven-month-old daughter, and his pregnant 21-year-old wife were taken to North Lake Hospital in Gary with non-life threatening injuries. Everyone was wearing a seat belt and the infant was in a child restraint seat, state police said.