'No Text Tuesday': Niles police crack down on texting, driving 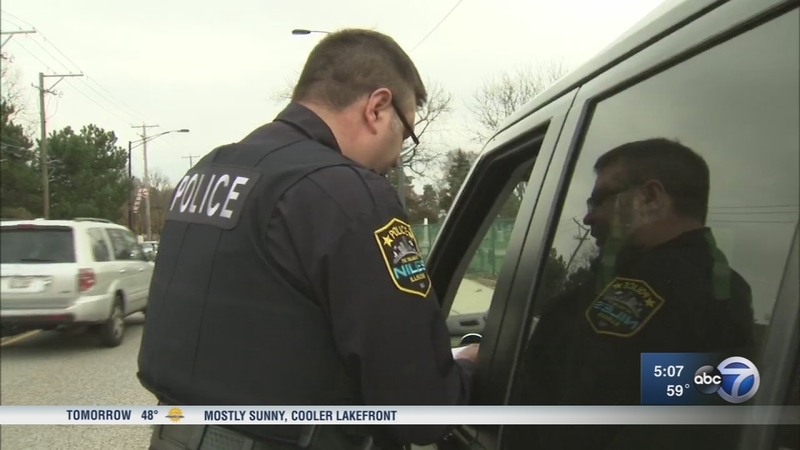 NILES, Ill. (WLS) -- While there are local and state laws against texting and driving, they are often not heavily enforced. That's why police in north suburban Niles are pulling over people suspected of texting and driving in an initiative called "No Text Tuesday."

"While I'm driving I'm looking at everybody right now," said Officer Fotis Markadas. He was on the road less than 10 seconds before he spotted the first violation for texting and driving. The driver was issued a $100 ticket.

Niles police said they had noticed an increase in the number of drivers who were distracted by cell phones behind the wheel, so they decided to devote one day a week to cracking down. Not only is using a cell phone while driving against state law, but also a village ordinance.

According to the National Safety Council of Distracted Driving causes about 1.6 million crashes per year and those crashes cause about 330,000 injuries. In fact, they say one in every four accidents is caused by texting.

The population of Niles is about 30,000, but about 75,000 drivers a day go through the town on Milwaukee Avenue. Officer Markadas said it's easy to find drivers who are breaking the cell phone laws.