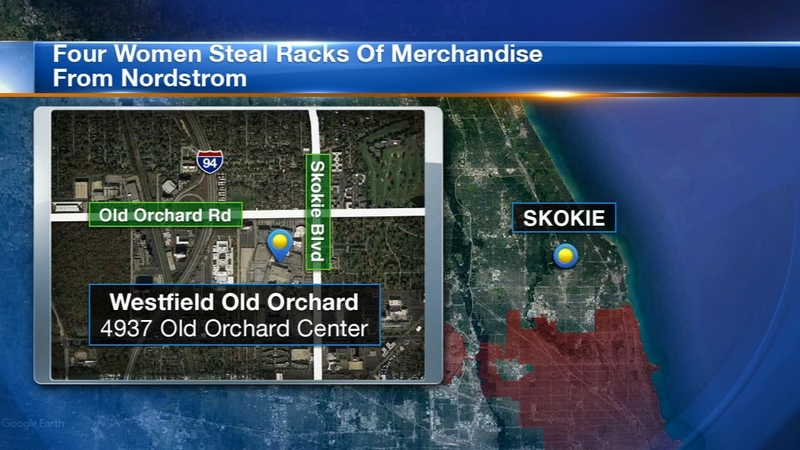 Racks of clothes worth over $10K stolen from Skokie mall: police

Officers said four female suspects walked into the Nordstrom at Westfield Old Orchard mall and stole whole racks of items, carrying more than $10,000 worth of high-end purses, scarves and socks.

Police said one of the thieves threatened a guard with a bolt cutter. They all appeared to be in their early 20s, and several male suspects also helped in the store's parking lot, according to police.

Officials are looking for a purple Pontiac Bonneville with Illinois license plates in connection with the incident.

The alleged robbery took place just after 11:10 a.m. No one was injured, police said.