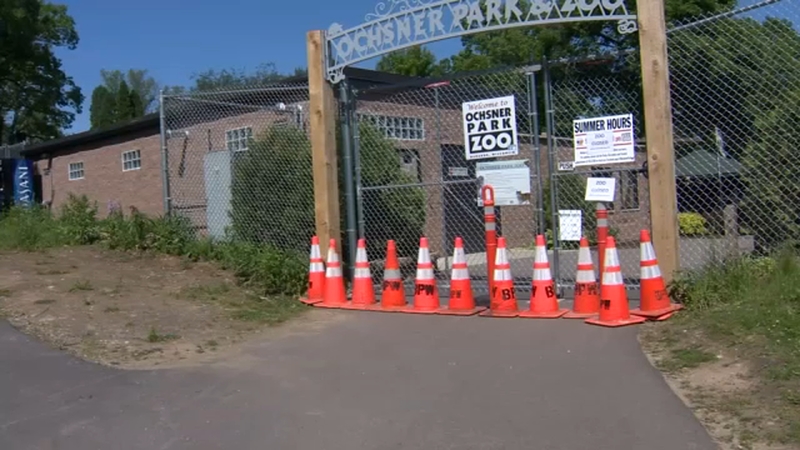 BARABOO, Wis. -- A zookeeper in south-central Wisconsin was frantic Tuesday after someone broke into a zoo in Baraboo and took some of the animals the zoo cares for.

A pair of otters have since been recovered but others animals are still missing.

"It was difficult for me to wrap my head around it right away because it's not what you expect to find," said Ellen Gallagher, Oschner Park Zoo head zookeeper.

Gallagher's day started in panic mode when she arrived to find the doors wide open, and worse yet, four animals missing.

"I've been working as a zookeeper for 15 years and this has never happened to me before, so it is not a common occurrence," Gallagher said.

Baraboo police shared the information on Facebook and the post was quickly shared more than a thousand times.

Investigators believe whoever broke in wanted to free these animals.

However, Gallagher said these animals cannot survive on their own in the wild.

"Letting the animal be free seems like it could be a good idea but what it really could have done is sign their death certificate," she said.

Later Tuesday afternoon, the zoo got some good news.

"It is a happy ending to a very bad start of a day," Gallagher said.

Two kayakers spotted the missing otters in a nearby river and called them in.

"We first needed to know where, so we are so grateful that people had their eyes out," Gallagher said.

But both missing owls are still nowhere to be found, WISC reported.

Gallagher said the zoo is doing the best it can to search for them but said she fears if they aren't found soon, a different kind of panic will set in.