WLS
CHICAGO (WLS) -- An off-duty Chicago police officer was critically injured Monday afternoon in a fire that destroyed his home on Chicago's Northwest Side.

Officer John Zook was in the shower around 4:10 p.m. when he heard his fire alarm blaring and found smoke and flames had engulfed his home in the 4000-block of North Mason Avenue in the city's Portage Park neighborhood.

Firefighters worked to contain a house fire in the 4000-block of North Mason in Chicago's Portage Park neighborhood Monday afternoon.

CPD Shakespeare District Cmdr. Fabian A. Saldana said Zook called 911 and tried searching for his dog, Crazy, before he passed out in his living room.

Firefighters found Zook and pulled him out onto his front lawn. Saldana said when he came to, he realized Crazy was still inside the burning home. Firefighters later found Crazy inside and got the dog out safely.

Zook was transported in critical condition to Lutheran General Hospital in Park Ridge before he was transferred to Loyola University Medical Center in Maywood, Saldana said. He was treated for smoke inhalation and minor burns to his feet. He underwent physical therapy Tuesday and could be released from the hospital soon, Saldana said.

A neighbor is taking care of Crazy, who Saldana said is expected to make a full recovery.

Zook, a 27-year veteran of the Chicago Police Department, is assigned to the Shakespeare District. Saldana said other officers in the district set up a Go Fund Me campaign to help Zook and his family.

No one else was in the home at the time of the fire. 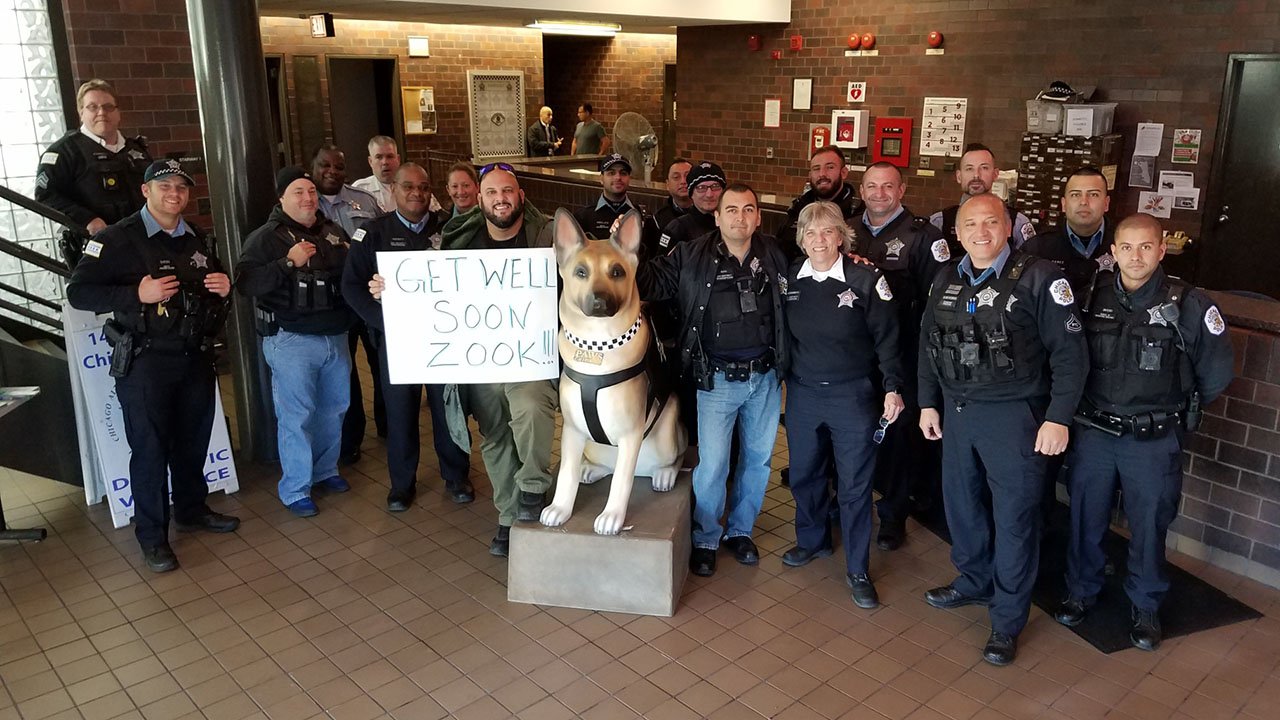 14th District Officers with "Get Well" wishes for Zook.