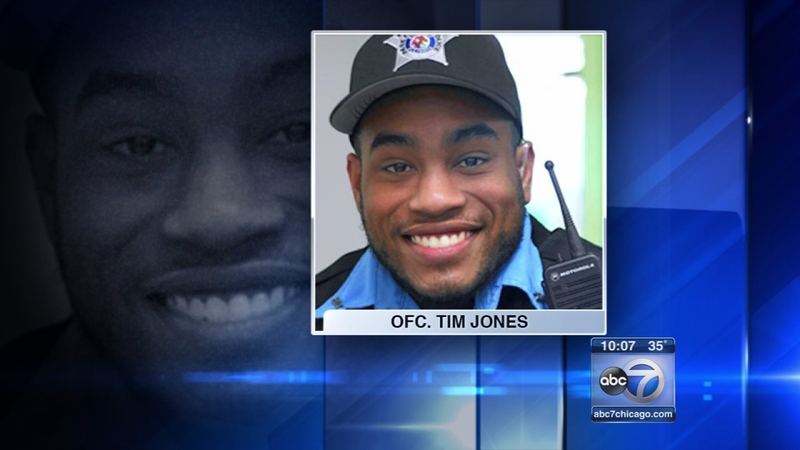 PARK FOREST, Ill. (WLS) -- The Park Forest Police Department posted a powerful note to the people they serve Sunday following the shooting of one of their officers.

Officer Tim Jones was critically injured early Saturday, and the man accused of shooting him is dead, after an exchange of gunfire in the south suburb.

"A Park Forest Police Officer is with him and his family 24 hours a day. That's the thing about this job: When tragedy strikes, it's not just a job, it's family," a Facebook post said.

He is accused of shooting Jones, who sustained life-threatening injuries. Jones was shot three times in the jaw and neck. He was taken to Franciscan St. James Health in Olympia Fields, then airlifted to Advocate Christ Medical Center in Oak Lawn where he underwent surgery.

Jones, 24, who has been on the Park Forest Police Department for less than a year, was in the intensive care unit Saturday night. Someone who spoke to his mother told ABC7 that the next 24 hours will be critical to the young officer's survival and recovery.

"We are overwhelmed by the show of support from citizens far and wide and from law enforcement agencies across the country. Unfortunately, far too many police departments understand what we are going through," the PFPD post said.

Jones come from a police family; his father is William Jones, the police chief in suburban Country Club Hills.

"We continue to have an important job to do, serving and protecting the people of Park Forest, and no matter when or where you are reading this, you can be sure we are out there doing that very job. We are a small, tree-lined community tucked among the many Chicago suburbs and a stone's throw from the Indiana state line, and while we have experienced the same challenges facing the rest of the region, we will continue to work hard to keep Park Forest the friendly, livable community it has always been," the PFPD post said. "Again, thank you for your support. It means more than you will ever know, and please continue to keep Officer Jones and his family in your thoughts and prayers."

An individual who spoke to