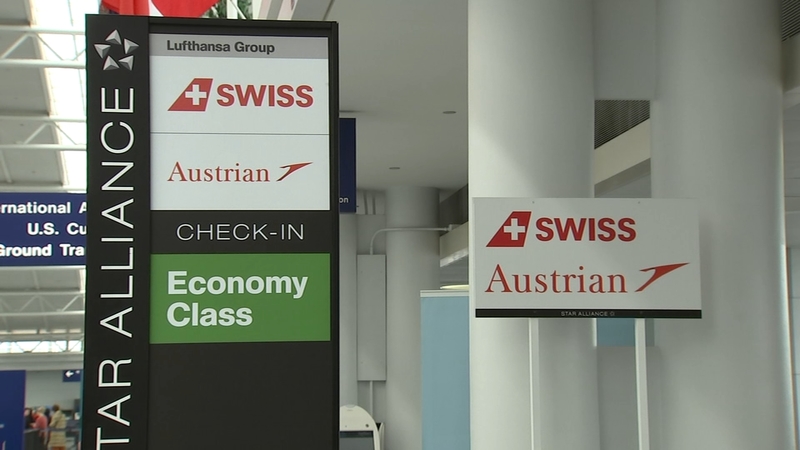 CHICAGO (WLS) -- Two young men traveling from Chicago to Israel said problems with their boarding passes resulted in both of them boarding an Austrian Airlines flight under the same name on Tuesday.

Now the men and their families are questioning O'Hare International Airport's security.

Hedva Yitzhak spent seven hours thinking her son was missing on Tuesday after the airlines called to tell her he wasn't on the flight to Vienna.

After receiving the call, Yitzhak called the Chicago Police Department and opened a missing persons case.

"Once I get to Vienna, I connect to the Wi-Fi. I see 50 something calls from my mom and my dad," he said.

The Niles North graduate said he boarded the flight and later realized his boarding pass from the airlines said Yotam Pessen.

When Pessen tried to board the plane, the Austrian Airlines agent noticed his boarding pass was already used, but let him get on the plane anyway.

Pessen is a former Israeli soldier who had been in Chicago for the marathon and extra vacation.

The airline called this "a chain of unfortunate circumstances."

"Our colleagues in Chicago are now looking into measures in order to prevent cases like this - no matter how unlikely they certainly are - from happening again," the airline said.

Ron Yitzhak said, "You let two people get onto the plane with the exact same name. It's just something that can't happen."

Pessen believes "all security around the world should be concerned about such a thing."

The families hope the safety of all travelers is protected.