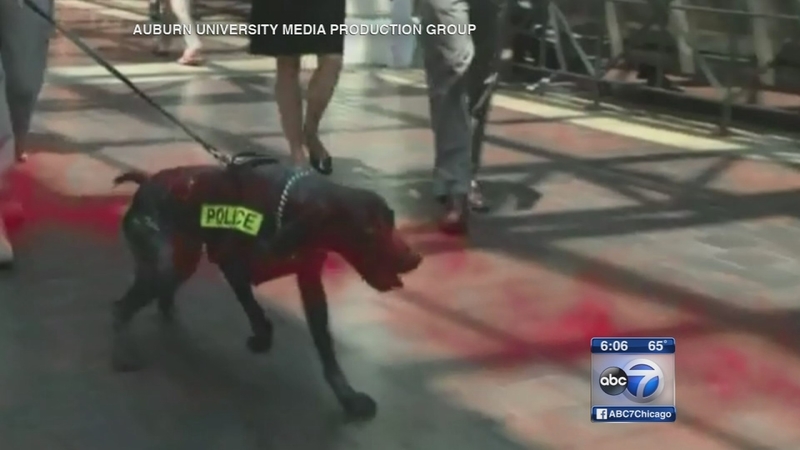 CHICAGO (WLS) -- A new tactic by TSA hopes to speed up security lines at O'Hare and Midway airports this summer - bomb-sniffing dog teams.

The new measures come after a wretched few weeks for the Transportation Security Administration that left Chicago travelers in annoyingly long lines.

The dog teams experiment will replace a controversial program with real-time threat assessments first reported by the I-Team two years ago.

The old TSA experiment uncovered by the I-Team at Midway Airport in 2014 was an iPad-like device that randomly sent passengers to the pre-check line, even though they hadn't gone through the required background investigation for fast-lane certification.

TSA quietly did away with the "screen test" last fall after it was determined to increase security vulnerability.

"That program, that was really taking a risk, that was TSA's decision to do that," said Steve Amitay, of the National Association of Security Companies.

The new tactic -- a legion of dogs trained to sniff out terrorist bombs -- is now expanding to help clear passengers for TSA's expedited pre-check security program for low-risk travelers.

On Tuesday, TSA's administrator said during a Senate Homeland Security Committee hearing that security lines are improving and they are adding employees in Chicago.

"We are having them work with canine teams because I do think that there is some work to be done on validation of the indicators on the way in which we do behavioral detection. There may be some modifications we need to make to make it more scientifically valid," said Peter Neffenger, TSA administrator.

Trained at Auburn University and known as "vapor wake" dogs, they are supposed to pick up the scent of explosive vapor in the air. Passengers cleared by the dogs are allowed expedited security.

"Who knows who they are letting through and why? I mean if it's just random, to me, I'm more comfortable if everybody went through security. I would wait two to three hours. I would miss my flight if I know I'm safe," said Midway traveler Kim Sanchez.

TSA is also now considering the use of automated screening technology now in use at London's Heathrow Airport. A pilot program in Atlanta can speed up passenger lines 30 percent and federal officials would like to see it at O'Hare and a dozen other airports as soon as possible.