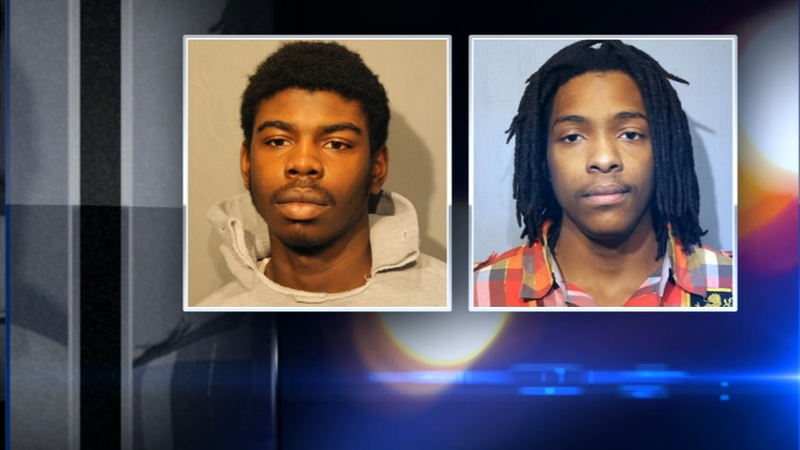 CHICAGO (WLS) -- Opening statements will begin Tuesday morning in the murder trial of two men charged in the fatal shooting of 15-year-old Hadiya Pendleton in 2013.

Kenneth Williams and Mickiael Ward will be tried together with separate juries at the Cook County Leighton Criminal Courthouse in Chicago.

Pendleton was an honor student who had performed at President Barack Obama's second inauguration with her high school's marching band days before the shooting.

Williams allegedly drove the getaway car and Ward allegedly fired the shots into a group at Harsh Park. Pendleton was fatally shot in the back. Two others were injured in what police described as violence fueled by gang rivalry and tragically mistaken identity.

Ward's attorneys contend that a confession was coerced by Chicago police officers during 17 hours of interrogation. Ward was a high school student who knew Pendleton. His attorneys said he was the victim of mistaken identity because he was in a vehicle similar to witnesses descriptions of the getaway car.

"I want the jurors to understand what can happen when an 18-year-old boy is picked up off the street with no physical evidence indicating that he is the shooter, no eyewitness identification saying that he is the shooter. How he can be put into a room and interrogated for over two days ... I want people of Chicago to see how these false confessions are made," said Julie Koehler, a Cook County assistant public defender.

On Monday, potential jurors for Ward were asked if they could be fair, had strong opinions about guns, gangs or police, and whether they heard about this case previously.