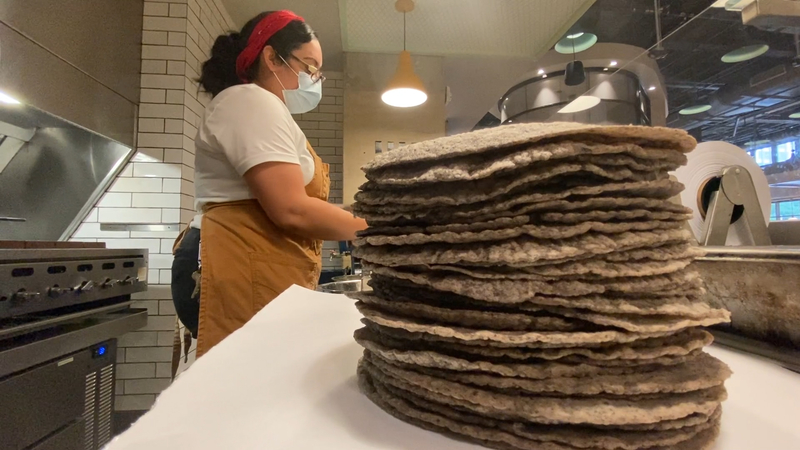 HOUSTON, Texas -- Stephanie Velasquez and Nick Vera were so excited to open the first restaurant of their own after working for some of Houston's top chefs for more than a decade.

But just two weeks after Papalo Taqueria opened in downtown Houston in March 2020, a county-wide shutdown order was announced.

Instead of giving up their dream during the pandemic, Stephanie and Nick turned their gourmet tortillas and beautiful pastries into a wholesale business called Papalo Mercado.

Each tortilla uses heirloom corn from Mexico and is ground by using a stone mill, then hand-rolled and hand pressed.