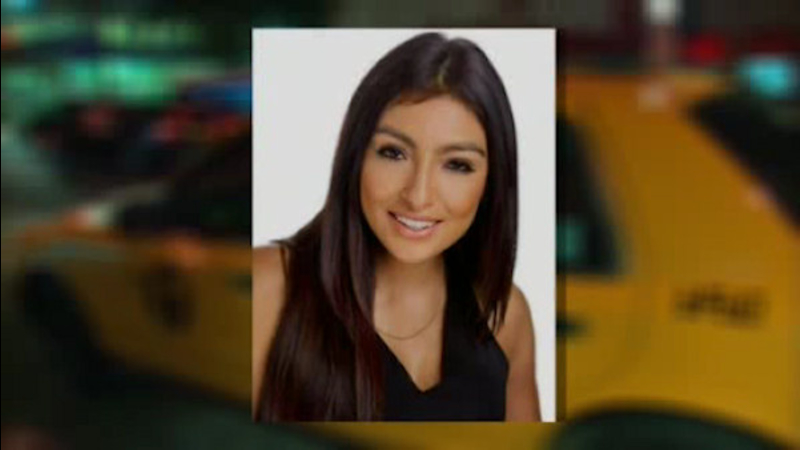 NEW YORK -- A drunken woman allegedly stole a taxicab parked in front of an NYPD precinct.

50-year-old Ronald Desir has been driving a cab in New York City for 15 years.

He's seen plenty of drunken passengers, but none who've actually tried to steal his cab.

According to a criminal complaint, that's exactly what happened after 27-year-old real estate broker Kinga Tabares and a female companion got into Desir's cab early Friday morning.

He says it all started when he picked up the two women on Washington Street and West 12th.

They asked to go to 23rd and Lexington and that's when they got a bit hazy.

"Because they don't know where they're going," Desir said.

Then they had a new destination, 21st Street and 1st Avenue.

According to Desir, when he stopped at 21st and 1st, the two women actually got out of his cab and tried to get into another taxi, until he warned that cabbie that they were drunk.

Then he says it was 51st and 1st, and it kept changing from there.

"In my mind I said, enough is enough," Desir said.

He says in an effort to help them, he diverted the trip to the 13th Precinct, but just when they got out, authorities say Tabares got in and stole the cab.

Then she was nabbed by police just five blocks up, but Desir's bad night didn't end there.

"They threw up twice!" Desir said. "They never paid the fare"

Tabares will be paying for her alleged mistake, she's now charged with grand larceny and DWI. She's due in Criminal Court on Thursday.