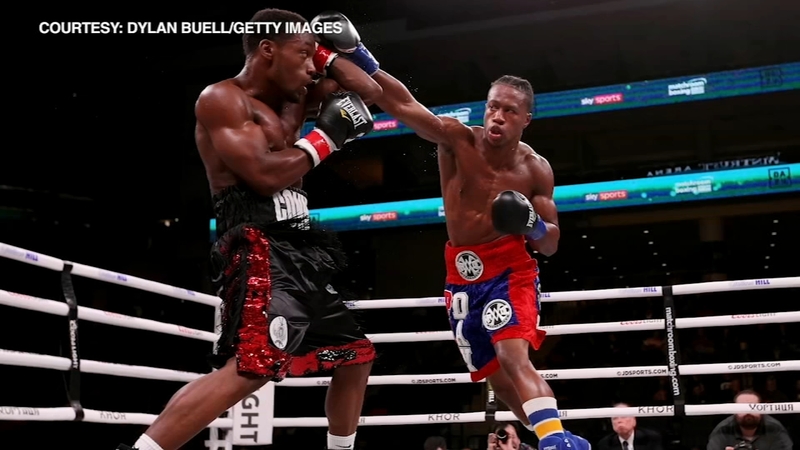 CHICAGO (WLS) -- The sports world is reeling after a third boxing related death in three months.

On Wednesday, 27-year-old boxer Patrick Day died from a traumatic brain injury he sustained during a match in Chicago.

Now the man who knocked him out and a local boxing champion are speaking out about the tragic loss.

Boxers know their sport is dangerous, but they don't go in the ring expecting to lose their lives.

"You always go in thinking about when you're going to come out," said Chicago Female World Boxing Champion, Jessica McCaskill, who met Day after she won her super lightweight title.

"He just was doing something that he loved," she said.

She was there at Wintrust Arena waiting in the locker room for her fight when Day took the deadly hit to his head.

"We saw it happen and everything kind of froze, and I immediately thought about my mom," McCaskill said. "My mom was in the first row and I didn't want her to freak out because then I was going to be coming out and engaging in another brutal kind of match."

Day died days after being in the hospital following a traumatic brain injury he suffered when Olympic boxer Charles Conwell knocked him out in the 10th round Saturday. Day was carried out of the ring on a stretcher.

"I know Patrick is a great person" Conwell said in an interview about the the fight with iFL TV. "You know it's part of the sport but it's just always hard seeing something like, doing something like that to somebody. You know, his family, his friend...I know they wouldn't want that for me," he said.

Conwell saying later on Twitter: "I never meant this to happen to you."

Day's promoter Joe DiBella said in a statement Patrick, "...chose to box, knowing the inherent risks that every fighter faces when he or she walks into a boxing ring. Boxing is what Pat loved to do. It's how he inspired people and it was something that made him feel alive."