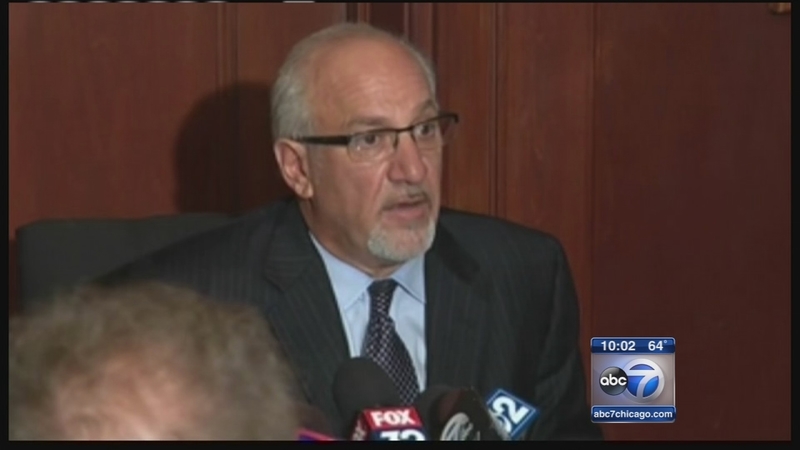 BUFFALO, N.Y. (WLS) -- The lawyer for Patrick Kane's accuser quit the case because he said he no longer believes the story he was told about how an evidence bag ended up with the accuser's mother.

"As an attorney, and an ethical one who prides himself on that, I am not going to go forward as the lawyer in this case if I don't have confidence," attorney Tom Eoannou said.

Eoannou stunned the media on Wednesday, when he called a press conference while displaying what he called "tampered evidence". Eoannou said an evidence bag that once contained the rape kit of the woman accusing Kane of sexual assault was left at her mother's door.

"I received the story line from the mother, and again, it's my position that I'm not comfortable with that version of events," Eoannou said Thursday.

Eoannou said he confirmed with prosecutors investigating the case that the bag is authentic. But he said he doesn't know what evidence the bag contained.

"I don't know whether it's been handled improperly or properly. We had a bag, it was torn open, it was delivered to my office, examined by the lab and individuals by all parts of law enforcement - there's no question it's a torn open evidence bag. The manner in which I received it I'm not comfortable with," Eoannou said.

The reversal comes after police said Wednesday that the rape kit and the bag itself were handled properly.

Eoannou said he's still confident in the woman's allegations against Kane, who is accused of sexually assaulting her at his New York home on Aug. 2. He has not been charged.

"A misrepresentation was made. Obviously whoever made that, or if there's more than one person involved, they knew the consequences of what they were attempting to do and how that could affect the case," Cambria said.

Erie County District Attorney Frank Sedita is scheduled to hold a press conference in Buffalo, N.Y., at 10 a.m. CST. to talk about the case.