Paul Raci had a ball at the Oscars, even if he didn't win for 'Sound of Metal' 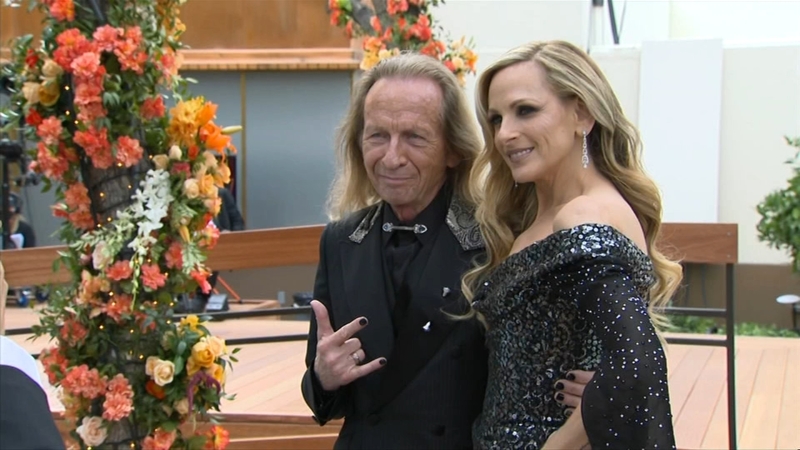 Paul Raci may not have won an Oscar, but he had a blast at the show

CHICAGO (WLS) -- A lot of people were rooting for Chicago native Paul Raci to win Best Supporting Actor for his role in "Sound of Metal," but even though he didn't come home with an Oscar he still had a ball.

"Just being in that rarefied air with those four guys is a tremendous honor, and it's changed my life," Raci said.

Raised by deaf parents and fluent in American Sign Language, Raci still works as an interpreter in the Los Angeles courts. In fact, he was supposed to be in court Monday morning.

"No, I canceled it, because I had an interview this morning on WLS-TV!" he laughed.

Liz Hanley Raci is her husband's agent, and also his date to the Academy Awards. This is the first time they've gotten the red carpet treatment.

"People are going, 'Hey Paul, Hey Paul!' and I turned around and it's a star and I'm like, how do you know him?" she said. "Oh my gosh, Frances McDormand, she's lovely, she goes 'Call me Fran,' she's so real!"

"When I saw 'West Side Story,' I had day and night dreams for the rest of my life about Rita Moreno, so I had to tell her that in person," Raci said.

"You have a guy like Joaquin Phoenix, shakes my hand and tells me how much he enjoyed my work, I'm like, wait a minute!" he added.

Raci lost Best Support Actor to Daniel Kaluuya for his performance in "Judas and the Black Messiah," and he was prepared for being a gracious loser.