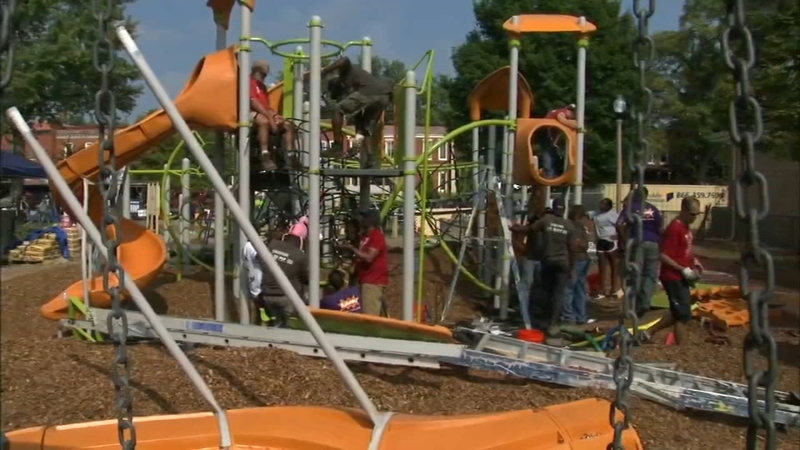 In Pullman, groups come together to put down the guns and build a park

CHICAGO (WLS) -- A new peace park and playground is being built on Chicago's far South Side, a team effort involving the White Sox, the Chicago Park District and community groups.

Friday they celebrated the effort by a community committed to stopping the violence.

The White Sox and Park District partnered with engineering firm F.H. Paschen for the project. The park includes a full children's playground. Young men usually divided by colors had the idea for the park, saying they would put down their guns in exchange for it being built. Children in the neighborhood were asked what they would like the park and playground to include.
The Pullman Peace Park is being built near 104th and Corliss.