Peloton has a response for the 'Sex and the City' reboot shocker involving Mr. Big 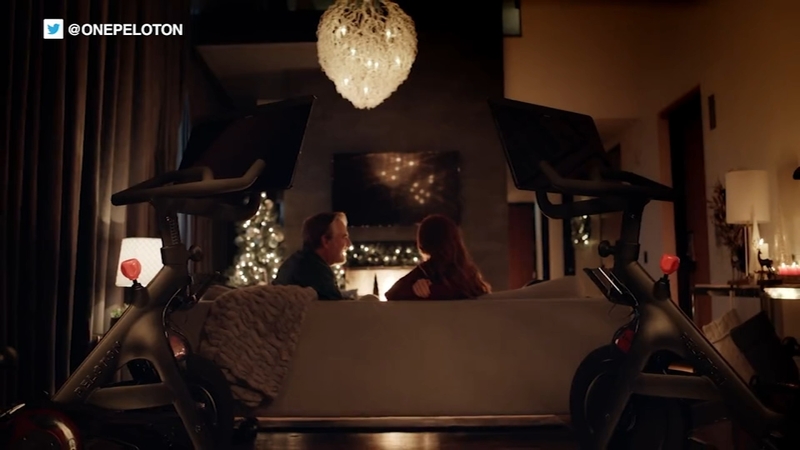 This article contains spoilers about the first episode of "And Just Like That..."

Mr. Big is alive. At least according to Peloton.

The Mr. Big character was killed off while riding a Peloton bike in the first episode of Sex and the City reboot, "And Just Like That...," shocking fans. But a new ad by the company, released just three days after the premiere, is reclaiming the narrative, CNN reported.

The ad begins with Chris Noth, who plays Mr. Big, sitting by a romantic fireplace with Jess King, a real-life Peloton instructor who also played one in the reboot.

"Should we take another ride? Life's too short not to," Big says, as the camera pans out to two Peloton bikes.

A voiceover by Ryan Reynolds then relays the benefits of cycling, such as improving heart, lungs and circulation, and reducing the risk of cardiovascular diseases.

The reboot of HBO's hit show "Sex and the City" returned to the screen with a long-awaited reunion on Thursday. HBO Max, like CNN, is part of WarnerMedia.

After a boom for Peloton during the pandemic, sales fell as people slowly returned to normal life. Last month, the company revealed sales of its Peloton stationary bikes and treadmills dropped 17% in its most recent quarter. Those two machines make up 60% of its business.

Shares of Peloton fell more than 11% the day of the premiere of "And Just Like That," when Mr. Big died after riding the bike.

A Peloton representative responded to the unexpected storyline in a statement to the Los Angeles Times.

"SATC' fans, like me, are saddened by the news that Mr. Big dies of a heart attack," Dr. Suzanne Steinbaum, a member of Peloton's health and wellness advisory council and a preventative cardiologist told the LA Times. "Mr. Big lived what many would call an extravagant lifestyle - including cocktails, cigars, and big steaks - and was at serious risk as he had a previous cardiac event in Season 6."

"These lifestyle choices and perhaps even his family history, which often is a significant factor, were the likely cause of his death. Riding his Peloton Bike may have even helped delay his cardiac event," Steinbaum added.

CNN's Chloe Melas and Parija Bhatnagar contributed to this report.