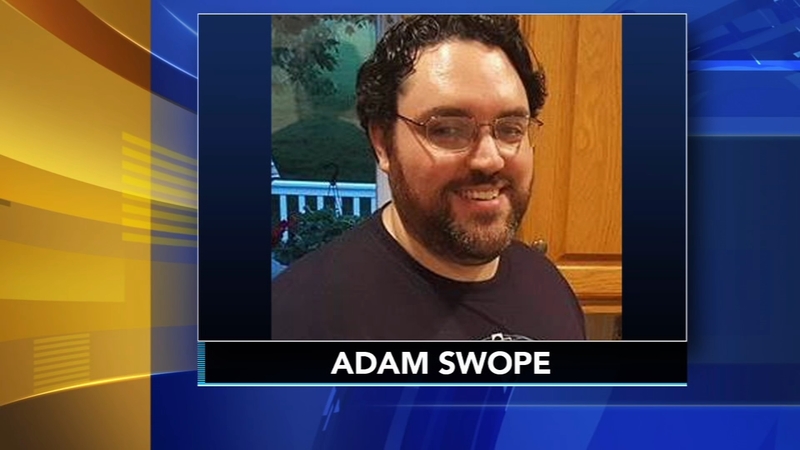 Police said Adam Swope, 38, of Malvern, was killed when his vehicle was struck by a northbound tractor trailer that entered the southbound lanes after overturning.

The Chester County District Attorney's Office said there is still an ongoing investigation into the cause of the crash.

The incident occurred around 12:30 p.m. Saturday near South Matlack Street.

There were at least nine vehicles involved in the crash. The truck, carrying frozen turkeys, burst into flames.

The stretch of Route 202 reopened Sunday morning after being shut down for nearly 14 hours.

Swope, who was on his way to his alma matter West Chester University to watch a championship game, was killed in the crash; he was riding with a friend who survived. Two people in other vehicles were taken to the hospital.

Friends said Swope was well regarded in political circles in Chester County, working as a campaign manager on several races.

"Adam has been around our family since 2005," said Victor Cozzone. "He had a large impact on everything my wife did politically."

Swope ran five campaigns for Cozzone's wife, Kathi, now a Chester County Commissioner who is running for Lt. Govenor. He also worked as her chief of staff.

"He was a solid person," said Cozzone. "To have run a campaign very even, very steady."

Among the numerous comments on social media Sunday, the Mayor of Downingtown Josh Maxwell tweeted that he would miss Swope because he was genuine and was "motivated most by improving his community."

The Chester County community lost Adam Swope yesterday. He's called to offer me advice every few months since I got involved in Downingtown 8 years ago. He was a couple years older than me and twice as smart. COS to @KathiCozzone. Unassuming, smart. RIP our friend Adam Swope. pic.twitter.com/oZo5l0cP6K

Action News spoke with the McCall family who were in the traffic backup; they live a half mile away from the crash site.

"There were cars everywhere. It seemed like someone sprinkled cars. They were all over the road," Megan McCall of Westtown Township said.

Late Saturday evening, the coroner arrived on the scene.

Late into the night, crews remained at the scene, towing vehicles and cleaning up the haul of turkeys inside the tractor trailer before it could be moved.

While authorities worked, both lanes north and southbound remained closed at the intersection of South Matlack and 202.

Mary Beth told Action News the scene of the crash was a dangerous intersection.

"I'm not surprised, people run this light constantly. I feel so bad for the people and the families, just horrible," she said.

The Chester County District Attorney's Office is handling the investigation along with the West Goshen Township Police.

The tractor trailer driver suffered head trauma and was taken to the hospital.

The District Attorney's Office said they are waiting to download the black box, check the driver's log, and for blood test results. There is no word if charges will be filed.

Anyone who witnessed the collision or has video or photos is asked to contact the West Goshen Police Department Traffic Safety Division at 610-696-7400 or via email at trafficsafety@westgoshen.org.
Related topics:
pennsylvaniacar accidenttractor traileru.s. & world
Copyright © 2021 WPVI-TV. All Rights Reserved.
More Videos
From CNN Newsource affiliates
TOP STORIES