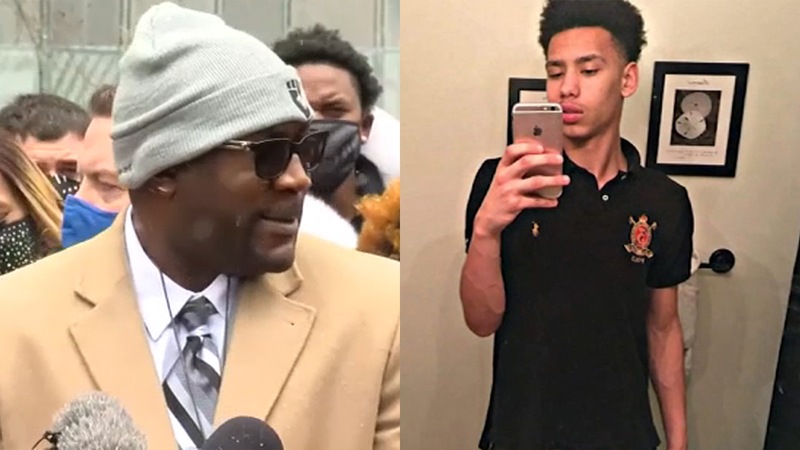 BROOKLYN CENTER, Minnesota -- In the middle of a monumental trial, Philonise Floyd, the younger brother of George Floyd, said he couldn't help but to be there for the family of Daunte Wright.

Wright was shot in Brooklyn Center, Minnesota, on Sunday, as the Minneapolis area was already on edge amid the trial of a police officer in Floyd's death.

The police chief has said he believed Officer Kim Potter, who has since resigned, mistakenly grabbed her gun when she was going for her Taser.

"They were both killed over misdemeanors," said Philonise as he drew a comparison between Wright's case and that of his brother's. "My brother was tortured to death and the officer claims for Daunte ... they thought they were tasing him. There was no need to tase him."

For Philonise and attorney Ben Crump, who will now also represent the Wright family, no weight for justice is too heavy to bare. Both stood alongside the Wright family in a press conference Tuesday.

"The world is traumatized," said Philonise to the crowd.

Brooklyn Center Mayor Mike Elliott said at a news conference that the city had been moving toward firing Potter when she resigned. Elliott said he hoped her resignation would "bring some calm to the community," but that he would keep working toward "full accountability under the law."

A decision on whether prosecutors will charge Potter could come as soon as Wednesday. Meanwhile, the cities of Minneapolis and St. Paul imposed 10 p.m. curfews.