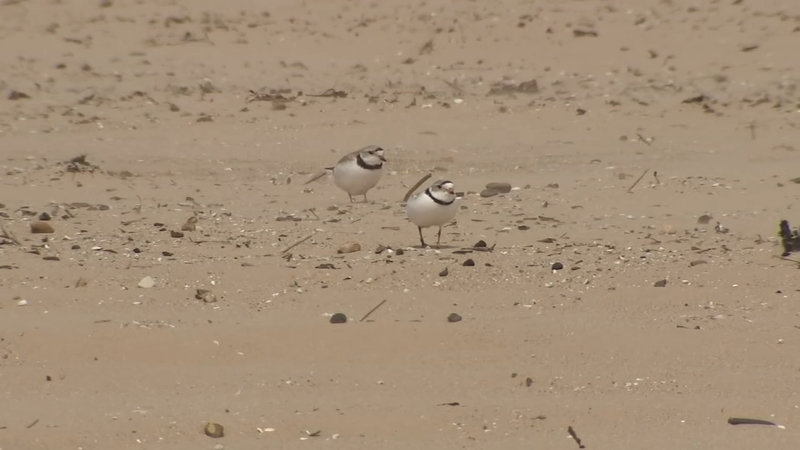 CHICAGO (WLS) -- After spending the winter separately Texas and Florida, Chicago's first fowl couple, Monty and Rose the piping plovers, are back.

To the delight of bird enthusiasts, known as birders, Rose returned Sunday and Monty on Monday. They came back to Montrose Beach, the place that inspired their names.

"He was just seen in Texas, so we thought he would be a couple days, but he must've known she was here," Djurovic said.

The Chicago Park District has designated about 15 acres of prime beachfront property for the endangered piping plovers. There are fewer than 70 pairs of the Great Lakes birds known to exist.

Heather Mall was out early hoping to snap some pictures of Rose when she found Monty had returned as well.

"I love seeing birds in their natural habitat and I just think it's awesome they are thriving here at Montrose," Mall said.

Bob Dolgan directed a short film called "Monty and Rose" dedicated to the couple. They were first discovered at the busy beach three years ago and the birding community - as well as the Chicago Park District - quickly stepped in to try to protect them.

They have produced several offspring the last two summers, proving Chicago is a good place to raise a family.

"Piping plovers are very faithful to their sites. Once they find a place where they have breeding success, they will come back to that beach."