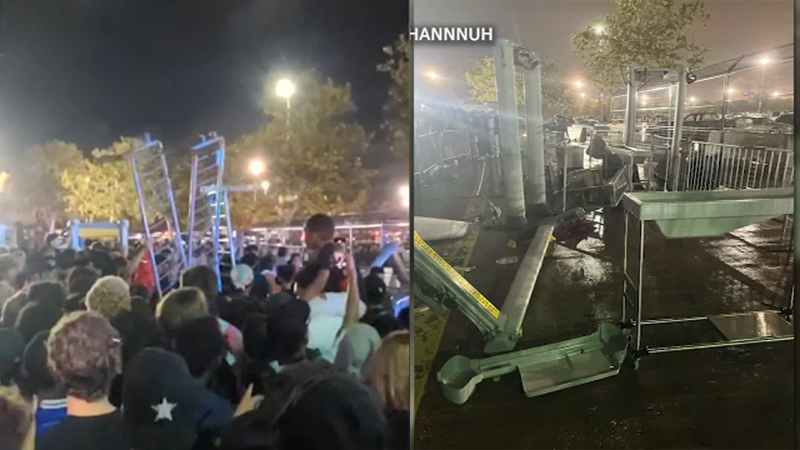 Fans' chaos outside NRG causes rapper's concert to get canceled

HOUSTON -- Fans who had tickets to see rapper Playboi Carti in Houston Saturday night are trying to get their money back Sunday, after chaos and commotion caused the concert to get canceled.

While waiting to enter the arena, ticket holders picked up metal fences that were meant to keep fans in line ahead of the concert at 8 p.m.

"It's a really intense, aggressive album," said one fan. "People came to the concert really amped up and ready to go crazy. Maybe the people at (the venue) NRG weren't prepared for that."

The Houston Police Department even put out a radio call asking for more officers to respond to the incident. They ultimately controlled the incident and said no arrests were made.

A witness told ABC13 she saw an ambulance was called for someone who had been trampled during the chaos, but no details regarding that were immediately released.