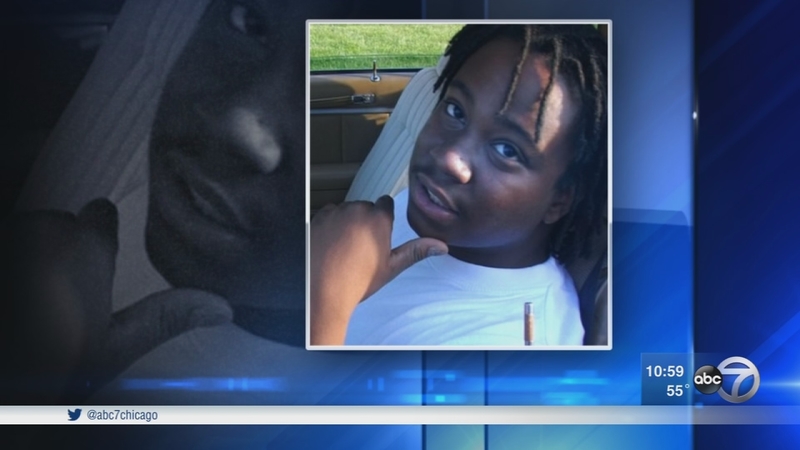 CHICAGO (WLS) -- A 25-year-old Indianapolis man, who was in Chicago for a funeral, was killed Saturday afternoon in a police-involved shooting in the city's Mount Greenwood neighborhood, family and authorities confirm.

An off-duty officer was "fired upon and returned fire," police said. However, the victim's family disputes this.

The victim was identified by family as Joshua Beal, a father of two. He was taken in critical condition to Advocate Christ Medical Center, where he died.

According to police, the shooting occurred after a vehicle leaving funeral services at a nearby cemetery stopped in traffic in front of a Chicago fire house. An off-duty firefighter told the driver that they were illegally blocking the fire lane. The occupants exited the vehicle and a verbal/physical altercation ensured, police said. An off-duty Chicago police officer was inside a nearby business and assisted the firefighter.

"Chicago police gunned my baby down like a vicious animal," said Tiffaney Boxley, the Beal's mother. "They shot him twice in the back and three times in his front."

According to family, an off-duty officer in an unmarked vehicle when he cut off one of the vehicles in the funeral procession. The family members and officer got out of their vehicles. After a verbal exchange, gunfire erupted but Beal's family said that he did not provoke the officer, and merely disclosing that he had a concealed weapon permit.

"This is what CPD do. They tear our families apart over and over again. They have no consideration for life," Boxley said.

A woman who said she was driving by as the fight escalated recorded cellphone video that captured the sounds of multiple gunshots.

"The man didn't pull a gun," said the woman, who declined to be identified. "The man was on the passenger side of the car."

The officers involved will be placed on routine administrative duties for 30 days, police said.