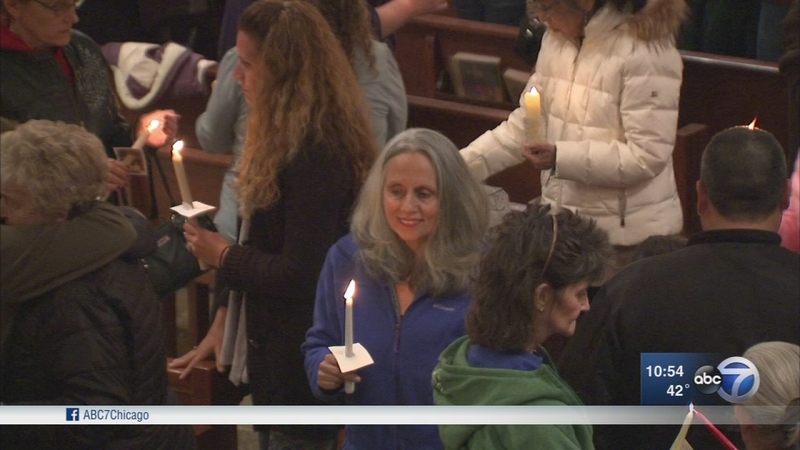 Saturday evening, a local church looked to start the healing process with a candlelight vigil.

Father Tom Conde used humor in an effort to begin to heal the wounds, telling the crowd: "You can't even have a Thanksgiving dinner with at least one knucklehead at the table."

"Folks were kind of scared to come out. Afraid of what might happen. Could feel it lighten up as it went," Conde said.

The police shooting was compounded by a series of racist text messages sent by a handful of students at Marist High School, and resulted in Mount Greenwood being the site of bitter protests this week, pitting Black Lives Matter activists against Blue Lives Matter residents.

"Do we really want that as an image? No we don't! So the idea of working together and have to police ourselves sometimes, is really really important," Conde said.

His parishioners, and even those who came in from outside the community to show their support, agree.

"I'm walking with a lighter step after this service. It's time to change the narrative for all of us involved," parishioner Michelle McDonald said. "It's time for us to move forward, instead of moving backward."

"It's been such an emotional week for a lot of people, myself included and tonight was a great way to take a breath and remember that it's all about us. We're all here on this earth," said Tammie Swierczyna, a Crestwood resident.