"Trans people are people and they are willing and ready to serve this country and fight and die as they have done," said Moaton, who is a transgender woman.

The controversial ban was announced by former President Trump in 2017 through a tweet. It reversed an Obama administration policy that allowed open service by transgender people.

"Thousands of people have been serving in the military successfully. So it's just so wonderful that they have this cloud taken away from them and they can serve openly without worrying," said John Knight, LGBTQ & HIV Project Director for the ACLU of Illinois.

Jennifer N. Pritzker, who identifies as a transgender woman, spent 27 years in the U.S. Army. She said the change of policy sends a powerful message to her community and the rest of the country.

"LGTBQ people, they're citizens. They pay taxes. And they should be permitted to serve where they are qualified to serve and there are plenty of them who are," said Pritzker, the founder and chairwoman of the Pritzker Military Museum & Library in Chicago.

Moaton currently works for the San Francisco Community Health Center, a LGTBQ and people of color health organization. She's based in Chicago. Moaton said a service member's gender identity or sexual orientation never matter while she was on the frontlines.

"The thing that I'm most concerned about is that my battle buddy has my fix, as we would say, and that's just basically having my back. And so to say that trans people being in the military affects unit cohesion was just a wrong view and a wrong narrative," she said.
Report a correction or typo
Related topics:
politicstransgendermilitaryjoe bidenpoliticsu.s. & worldpresident donald trumprace and culture
Copyright © 2021 WLS-TV. All Rights Reserved.
TRANSGENDER 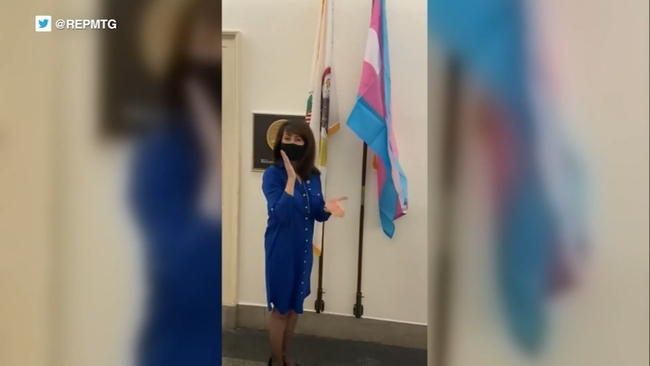 Biden to lift ban on transgender people serving in military