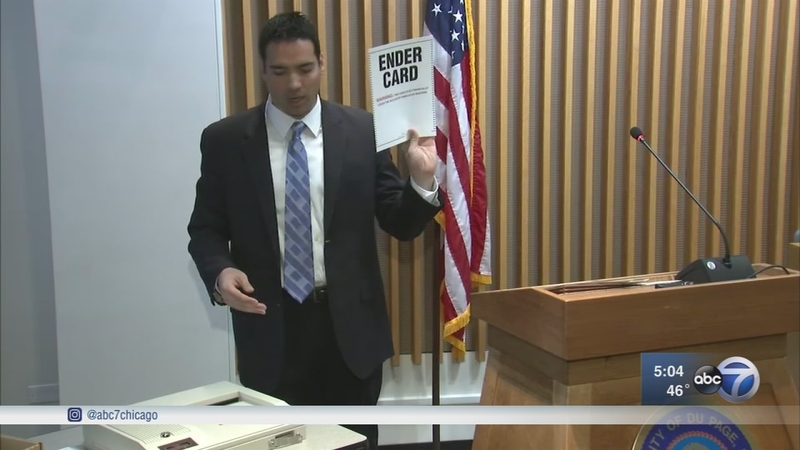 Officials: DuPage County did not test election kits before primary

In a DuPage County Board meeting Tuesday morning, Election Commission Executive Director Joe Sobecki said a piece of paper issued in those election kits and used to close out the machines was several micrograms too thick to fit through the voting machine.

The technical issue meant that the 268 voting machines had to be hand-delivered to the election commission's Wheaton office on election night, leading to a significant delay in election results.

"It's completely unacceptable," DuPage County Chairman Dan Cronin said. "This could have been avoided."

The paper was provided by supplier Liberty Systems based in Tremont, Illinois. In a phone call Tuesday afternoon, Representative William Barrett said the issue was due to operator error.

"We grabbed the wrong card stock," Barrett said. "It's just unfortunate that it happened this way. Clearly the fact that we've never made this error before led officials to believe that it did not need formal testing."

But several board members took issue with the fact that the problem could have been avoided if the kits had been tested prior to Election Day.

"This is the third election cycle that we've had a problem," Cronin said. "You would think that you would test the equipment, have a dry run."

Sobecki said they are reevaluating those procedures after last week's issues. He also offered his apology to election judges who were forced to stay through the night sorting out the issue. He also apologized to voters.

"I worry about making sure that the results are put on the website as soon as we can," he said, "I think there's a lot of room for improvement and that's something we have to work on."

According to a study, the merger could provide a cost savings of about $300,000 a year for the county. But Cronin says the bigger advantage would be changing which office oversees elections.

"We need to have one office charged with this all important responsibility," he said.

Cronin plans to head to Springfield on April 11 for a hearing on a bill that would make way for the merger.

Sobecki said he will support whatever is right for the county.

"Whether it's through a clerk's office or a separate agency, we're looking for the best process," he said.

Cronin said a merger would not come in time to change who oversees the election in November.
Report a correction or typo
Related topics:
politicsdupage countyprimary electionelection 2018politicselection
Copyright © 2021 WLS-TV. All Rights Reserved.
ELECTION 2018