AP
SPRINGFIELD, Ill. -- The Illinois House voted 71-42 in favor of overriding Gov. Bruce Rauner's vetoes of a budget package Thursday, giving the state its first spending blueprint in more than two years and ending the nation's longest fiscal stalemate since at least the Great Depression.

The budget is retroactive to July 1, the start of the fiscal year. That's the date a permanent 32 percent tax increase takes effect. Individuals will pay 4.95 percent instead of 3.75 percent. The corporate rate jumps to 7 percent from 5.25 percent.

House Speaker Mike Madigan had handshakes, hugs and kisses for colleagues after the vote was in.

"The people in this chamber did not do what was easy today, but we did what was right for the future of our state," he said.

The vote required the support of 10 Republicans, including Rep. Steven Anderson (R-Geneva), who said he had received death threats and hate emails, but still voted his conscience.

"There is no joy here. We had two bad options: raise taxes, didn't want to do that, or let the state finish the meltdown, the worst choice. So I chose and argued for the best of two bad choices," Anderson said.

The vote itself showed the bitter partisan fight the budget battle has been.

"To those 10 Republicans, you should be ashamed of yourself. You have caused the highest taxes in Illinois history," said Rep. David McSweeney (R-Cary).

"I'm certainly not ashamed when I look into a financial abyss, when I see the state imploding financially and I'm trying to do something to save it," said Rep. David Harris (R-Arlington Heights).

Republicans are still working for a property tax freeze and other reforms.

Rauner said he vetoed the measures because he sees no indication that the Democratic-controlled Legislature will send him the "structural" changes he's demanded. Those include a statewide property tax freeze, cost-cutting restrictions on compensation for injured workers, changes to pension benefits for state employees, and reforms making it easier for voters to merge or eliminate local governing bodies. He released a statement on Thursday, saying in part, "Today was another step in Illinois' never-ending tragic trail of tax hikes."

"The bipartisan actions we witnessed over the last few days are a glimmer of hope of what we can achieve when working together. This is not the end. It's just a start. Reforms must be a part of stabilizing our finances. But rebuilding trust will be key to any progress or agreed upon reforms. No matter our differences, I hope we can agree that our state is worth fighting for," she said in part.

Illinois State Treasurer Michael Frerichs released a statement as well, saying in part, "Today's vote to override Governor Bruce Rauner's veto of the budget was the only option to restore vital funding to universities, social service agencies, and try to avoid another credit downgrade. This is not a time to rejoice. Today only brings us a bit of relief, but it is a step in the right direction to put Illinois back on track."

Frerichs also praised lawmakers for their bipartisan votes.
"I applaud the bipartisan effort today by the Illinois General Assembly. My top priority remains providing the highest level of customer service to the people of Illinois in a fiscally responsible manner. With the implementation of a full budget, my office can do just that," said Illinois Secretary of State Jesse White.

The critical voting was delayed Thursday afternoon as authorities investigated a report of hazardous material in the Capitol. Springfield Fire Chief Barry Helmerichs told Gatehouse Media that a woman allegedly threw a powdery substance in the governor's office. 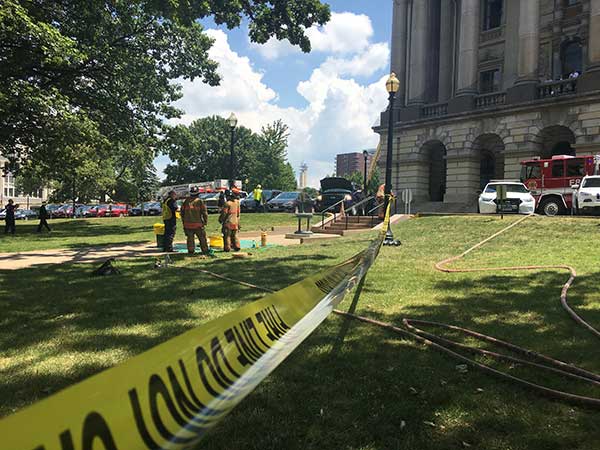 The Illinois Statehouse is on lockdown while emergency crews respond to a hazmat situation, delaying a much anticipated vote in the Illinois House.

Rauner was not at the Capitol, his staff said.

The building was not evacuated, but those who were not already inside were forbidden from entering.

One person was taken into custody, said Dave Druker, a spokesman for the Secretary of State's office, which oversees Capitol security. No details about that person were released.

The standoff has had potentially disastrous side effects.

Credit-rating houses threatened to downgrade the state's creditworthiness to "junk," signaling to investors that buying Illinois debt is a highly speculative venture. The bond houses predicted a downgrade without a fix by the July 1 start of the fiscal year - the third consecutive fiscal year Illinois has opened without an approved budget plan. But Fitch Ratings and S&P Global Ratings gave Illinois some breathing room on Monday, issuing notices marking the House tax increase approval a day earlier and indicating they wouldn't take immediate downgrade action.

"The Illinois Lottery is pleased to announce that sales of Mega Millions and Powerball have resumed, and players may purchase tickets at any of the Lottery's nearly 8,000 retail partners, via our mobile app, or at IllinoisLottery.com. We appreciate the loyalty of our players and retail partners as we continue our mission to fund K-12 education," Smith said.

Government has limped along for two years on the strength of court-ordered spending, but the state comptroller says the treasury would have been $185 million short of what's needed to cover basic services by August.

With a $6.2 billion annual deficit and $14.7 billion in overdue bills, the United Way predicts the demise of 36 percent of all human services agencies in Illinois by year's end. Billions of dollars in road construction work is shutting down. Public universities have been cut to the bone and face a loss of academic accreditation. 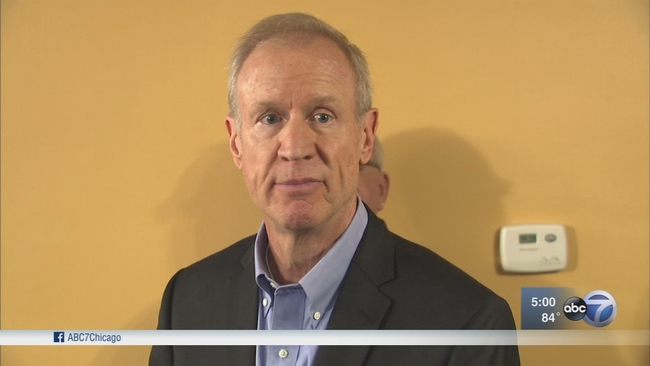 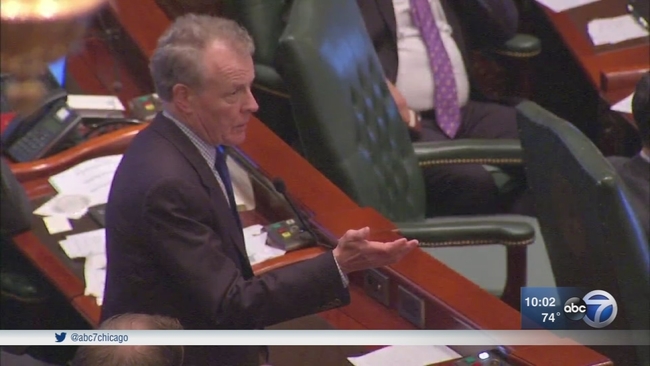 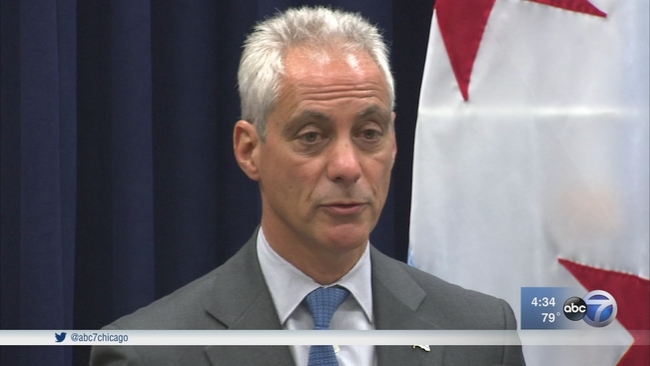 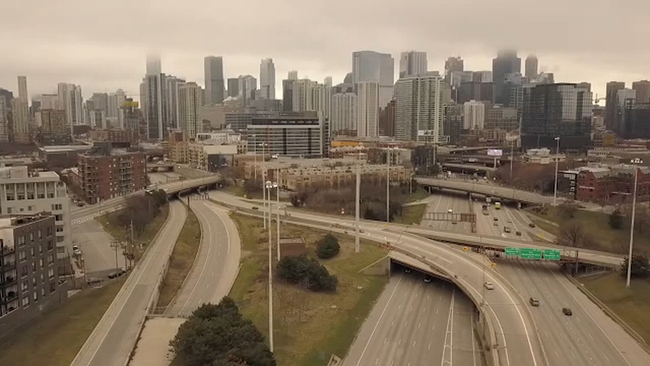 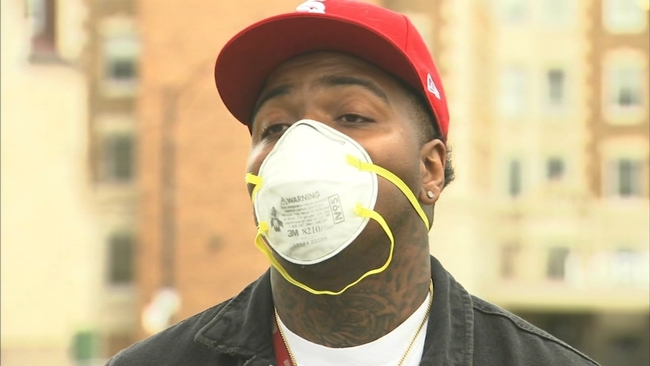