CHICAGO (WLS) -- Lori Lightfoot resigned Monday from the Chicago Police Board, and is expected to announce this week that she will run for Chicago mayor, sources told ABC7.

Lightfoot, who served as president of the board, said in a resignation letter to Mayor Rahm Emanuel that she would "continue my efforts to be a passionate advocate for issues that are critical to uplifting the quality of life for all Chicagoans."

The letter did not mention anything about political aspirations, but sources told ABC7 that she plans to join the already crowded field of eight candidates seeking to unseat Emanuel.

Lightfoot has often criticized Emanuel for his police decisions.

Last week, Lightfoot said she would decide soon about whether she would join the Chicago mayor's race. 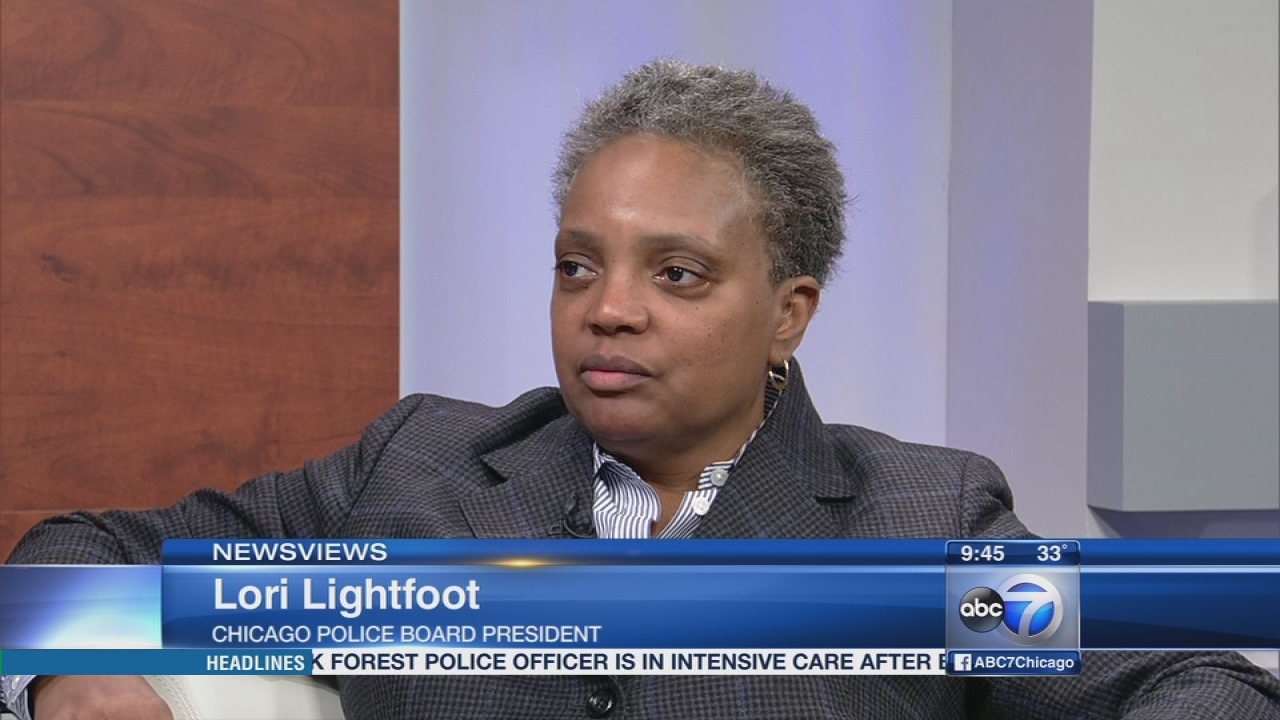 Newsviews: Lori Lightfoot Pt. 1
A field of 39 candidates for Chicago's next police superintendent has been narrowed to three finalists.

In 2015, Emanuel appointed Lightfoot, a former federal prosecutor, to lead the city's police board.

The civilian board gives residents a voice in the police disciplinary process.

Lightfoot was once a finalist to head the U.S. attorney's office in Chicago. She headed the Chicago Police Department's Office of Professional Standards between 2002 and 2005 and from 1996 to 2002 worked as an assistant U.S. attorney in Chicago.

Emanuel had said one of the reasons he chose Lightfoot is because she has public safety experience.