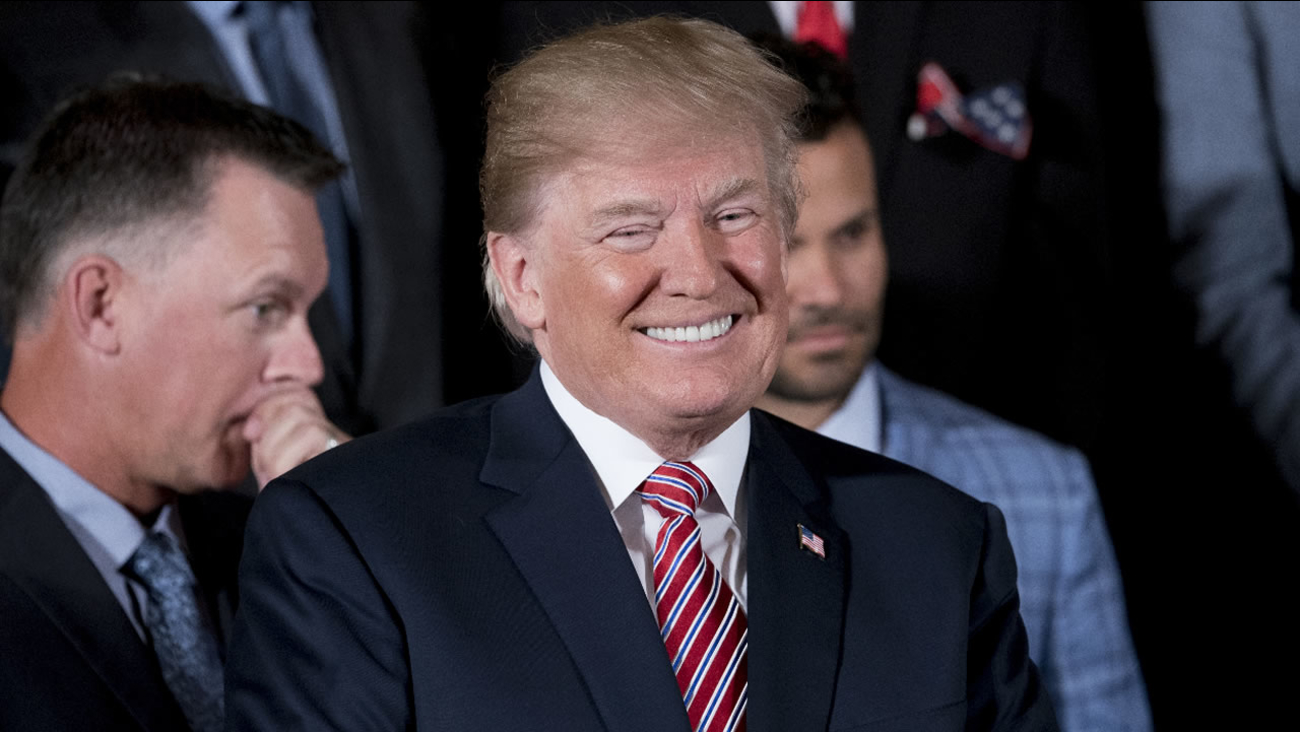 President Donald Trump smiles during a ceremony in the East Room of the White House in Washington, Monday, March 12, 2018. (AP Photo/Andrew Harnik)

WASHINGTON -- ABC News confirmed Thursday that Special Counsel Robert Mueller has issued a subpoena to the Trump Organization for documents related to Russia.

The subpoena is a sign that the Mueller investigation continues to pick up steam, even as Trump decries remaining questions about potential coordination between his associates and Russia. Trump has said he would view any investigation of his or his family's personal finances that didn't involve Russia as a "violation" by Mueller that crosses a red line.

CNN reported in January that the company had voluntarily provided documents on a range of events, conversations and meetings from Trump's real estate business to Mueller and congressional investigators, according to three people familiar with the matter.

The source who spoke to CNN on Thursday said the subpoena's intention was to "clean up" and to ensure that all related documents are handed over to the special counsel.

White House special counsel Ty Cobb had no comment. Alan Futerfas, an attorney for the Trump Organization said in a statement that Thursday's reports are "old news and our assistance and cooperation with the various investigations remains the same today." White House press secretary Sarah Sanders declined to comment on the subpoena, reiterating the administration's position that there was "no collusion" between the Trump campaign and Russia and referring further questions to the Trump Organization.

Trump has repeatedly railed against the investigation and denied any wrongdoing.

The Times, citing two people briefed on the matter, said the subpoena was delivered "in recent weeks."

The Times said special counsel witnesses had been asked recently about a potential real estate deal in Moscow, and that investigators have questioned witnesses about the flow of money from the United Arab Emirates to the United States.

CNN has reported that George Nader, a Middle East specialist tied to secret meetings between the UAE and Trump associates, is cooperating with Mueller.

The Times report said the subpoena is related to records prior to Trump's run for office. CNN reported in January that the Trump Organization had provided documents largely from the period after Trump announced his run up to his inauguration.

Lawyers for Trump said last May that over the past decade, Trump's unreleased federal tax returns do not show any income from Russian sources "with a few exceptions."

Sources previously told CNN that Mueller's investigators had been asking witnesses about Trump's business activities in Russia prior to his presidential run, including an unrealized attempt for a Trump Tower in Moscow. Last week, as he took to national airwaves for a series of interviews claiming he would defy a grand jury subpoena in the probe, former Trump aide Sam Nunberg told CNN he suspected investigators wanted to know more about the 2013 Miss Universe pageant Trump hosted in Moscow.

News of the subpoena broke shortly after the Trump administration announced a new raft of sanctions on Russia, including Russian nationals previously indicted in the special counsel probe.

His former campaign chairman Paul Manafort faces more than 300 years in prison if he's convicted of charges stemming from Mueller's investigation that are unrelated to alleged Russian meddling in the election.

Meanwhile, Republicans on the House Intelligence Committee moved earlier this week to close their investigation, saying they found no "collusion" between the Trump campaign and Russia, as well as denying that Russian efforts to interfere in the election were done to bolster Trump, a central tenet of the US intelligence community's conclusion about the meddling.
WLS-TV contributed to this report