WLS
CHICAGO (WLS) -- In anticipation of thousands of participants in the Chicago Women's March to the Polls, the Office of Emergency Management and Communication has announced a number of street closures for the rally and march, as well as information on meeting spots, march routes and transportation.

The event will be held on Saturday. Participants can gather starting at 8 a.m. in Grant Park, and can enter on Congress Parkway and Balbo Drive. The Voter Village opens at 9 a.m., and the rally begins at 10 a.m.

The following streets will be closed from 9 p.m. Friday until 6 p.m. Saturday:

Michigan Avenue will be closed between Randolph Street and Congress Parkway once the march steps off.

Other streets may be closed as needed to ensure public safety during the march, officials said.

Participants are strongly encouraged to use public transportation to get downtown. Metra, CTA and South Shore lines will have additional service to accommodate more riders.

The official drop off location for people with disabilities is on Monroe Street east of Columbus Drive.

Rideshare services can drop off participants along Wabash Avenue, and pick up riders at Franklin Street and Van Buren Street. Drop-offs and pickups are prohibited on Lake Shore Drive. 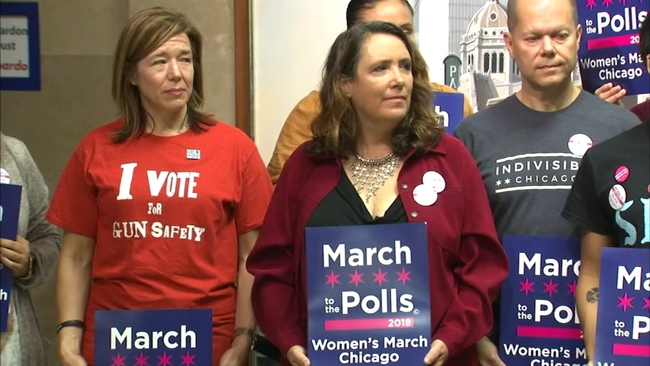