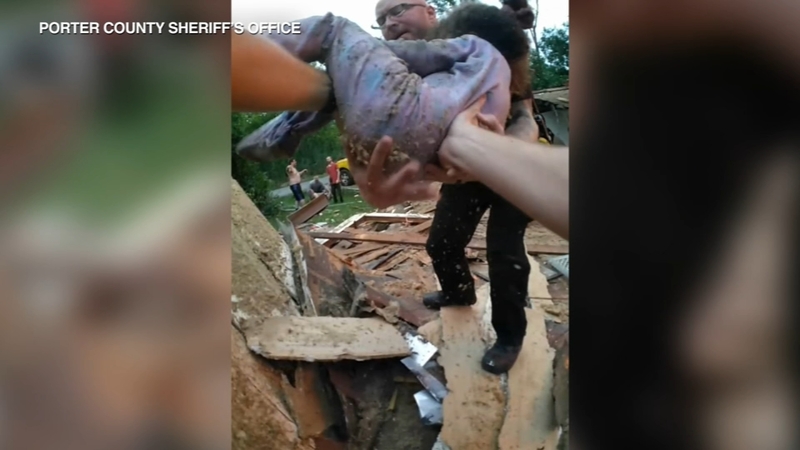 The video from September shows the immediate aftermath and rescue of a child.

On Sept. 10, the Porter Fire Department said it received a call after neighbors reported hearing an explosion in the 400-block of North First Street.

Neighbor Randy Ragon said he felt his home shake from the explosion and ran to help.

Ragon, a former Marine, said he saw people helping a woman out of the house and she was screaming, "the baby, the baby!"

New video shows the dramatic, heroic efforts that rescued a 3-year-old girl and two women from a house explosion in Porter earlier this year.

Rescue crews were able to pull the girl and her mother from the debris. They both recovered.

"It was nothing short of a miracle that we were close by," Van Kley said.