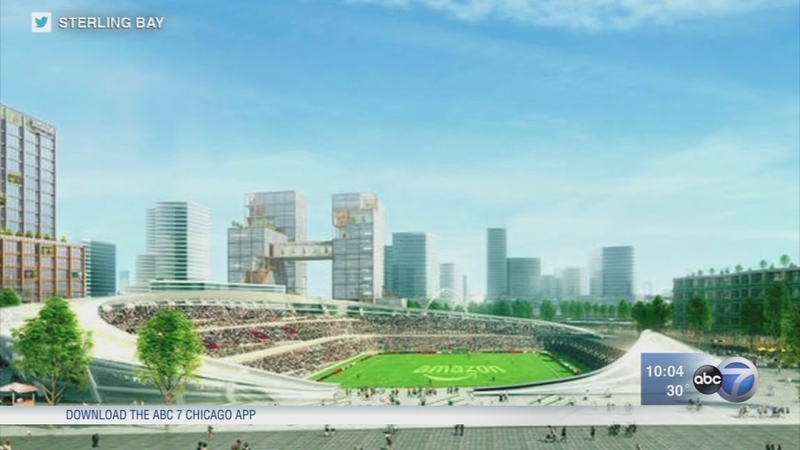 CHICAGO (WLS) -- A new professional soccer team is planning to play in Chicago.

Developer Sterling Bay is behind the proposed venue, which would be home to a currently-unnamed soccer team, a United Soccer League expansion club. The group hopes to play in a stadium and entertainment complex planned for the former A. Finkl & Sons Steel plant and lot in the city's Lincoln Park neighborhood.

It would be a gleaming stadium set against the river, with 20,000 seats and a retractable roof for year-round sports, concerts and other entertainment.

The stadium would be a stone's throw from retail and million-dollar residences.

The stadium would be one element of a sprawling mixed-use development between Bucktown and Lincoln Park along the Chicago River.

Sterling Bay also hopes the site is where Amazon will plant its flag for its second corporate headquarters. The stadium, potentially emblazoned with Amazon's logo, could be a key selling point.

"Let me just say this: I know that they are now going through all the bids," the mayor said on Nov. 10.