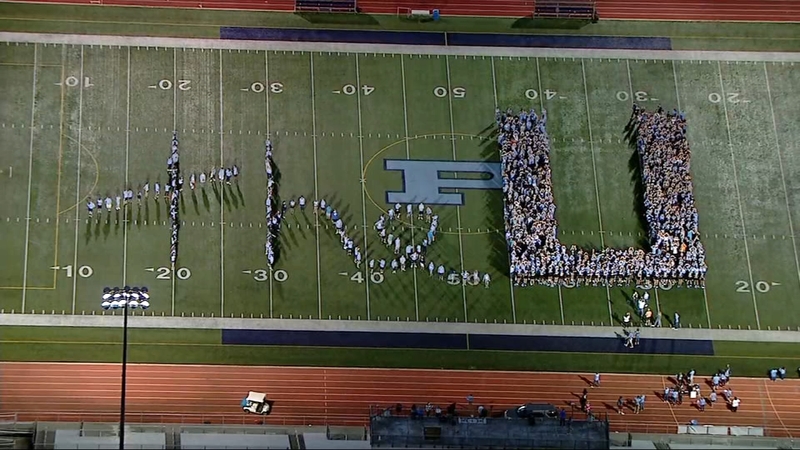 FUN FACTS
-Prospect High School has an enrollment of 2,150 students and 200 staff members
-Serves the communities of; Mt. Prospect, Arlington Heights, Des Plaines
-9th best open enrollment school in the state of Illinois according to US News and World Report
-Ranked "Exemplary School" by the Illinois State Report Card.
-Academic
-Students took over 2000+ Advanced Placement Test during the 2018-2019 school year.
-Boasts one of the only Religious Studies course in a high school in the U.S.

Community
-On the first Saturday in October each year, 400-500 Prospect High School students and staff participate in a community service blitz called Prospect Gives Back. Student groups/teams volunteer with local organizations and complete more than 1500 hours of community service in one day.

-Dave Kingman (class of 1967) was a Major League Baseball player (1971-86). He was a three-time All-Star, and hit 442 career home runs.
-Randy Clark (class of 1975) was an NFL offensive lineman (1980-87), who played most of his career with the St. Louis Cardinals.
-Mike Quade (class of 1975) is a former manager for the Chicago Cubs.
-Rich Schutz (class of 1984) is a weightlifting champion who was a member of the 1988 and 1992 US Olympic weightlifting teams.
-Todd Heisler (class of 1990) is a Pulitzer Prize-winning photojournalist.
-Ian Brennan (class of 1996) is one of the creators of the television series Glee.
-Jennifer Morrison (class of 1997) is a film, TV actress and voice actress. She previously starred on ABC as Emma Swan in the fantasy series Once Upon a Time and on House as Dr. Allison Cameron
-David Kendziera (class of 2011) was a 10x NCAA All-American track athlete at the University of Illinois and currently competes professionally in the International Association of Athletics Federation